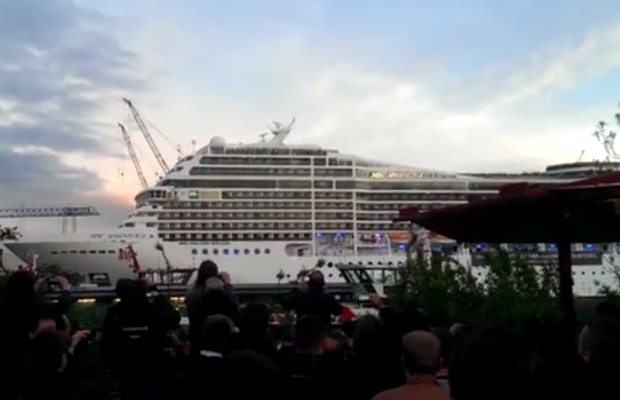 The MSC Magnifica just cemented its place as the most rock ‘n’ roll cruise ship ever. The ship’s massive horns, which are usually used for urgent warnings and navigation, were employed by a clever captain to blast one of the most well-known rock riffs of the 2000s. Below, you can watch video of the 4,500-passenger musical instrument playing a rendition of the White Stripes’ “Seven Nation Army” at Hamburg Port Anniversary in Germany.

“Seven Nation Army” is taken from the White Stripes’ 2003 album, Elephant, which was released via V2. The band broke up in 2011, releasing their final album in 2007.

Solence follow their moral compass on their electro-metal song “Distance”