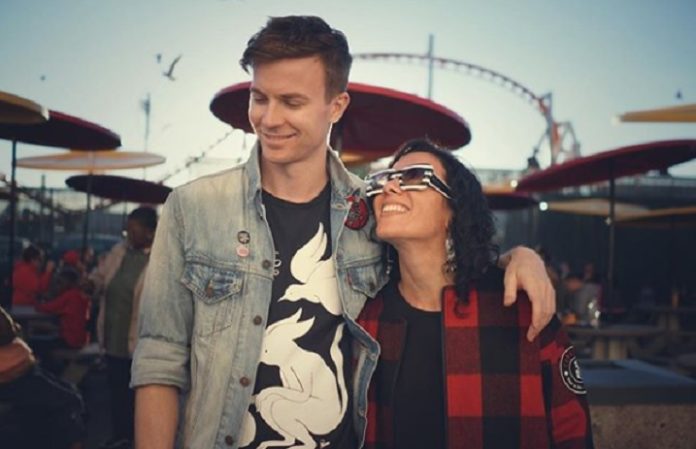 [Photo by: Matt And Kim/Instagram]

The premiere was followed by an interview with the duo, as well as a special appearance by Hoppus, who disclosed he recorded vocals for the song in his closet.

He and Matt also reminisced about going on tour together and pranking each other.

“Forever” is Matt and Kim's first song since 2016 EP We Were The Weirdos. The duo explained that they looked for guest vocalists because they're fans of many artists and don't have many chances of working wth them.

“In alternative music there's so little collaboration and people coming together,” Matt says.

Listen to the full interview below:

Watch a snippet of Lowe's interview with Hoppus:

“You gotta blame the parents.”
Fact: Matt from @mattandkim had never seen any @starwars film until 2017. https://t.co/gfJKPCjJ6G pic.twitter.com/ut2HF74sy0