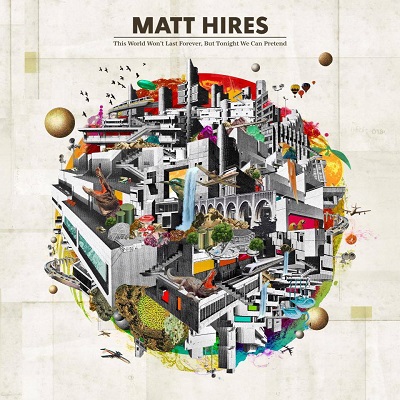 Tampa, FL singer-songwriter Matt Hires has announced his sophomore studio album, This World Won't Last Forever, But Tonight We Can Pretend, will be released on August 13 via Atlantic Records. “My favorite artists are the ones who keep making records that give you something different from what came before,” says Hires, “but still hold onto their own unique sound overall. With this album, I pushed into the direction of making music that's more fun and pop-oriented but also retains that sense of honesty that I've always valued as a songwriter.”

Hires will immediately hit the road with Charlottesville, VA's Parachute in support of the 11-song effort. Here's the music video for his last single, “Restless Heart,” followed by his tour dates.