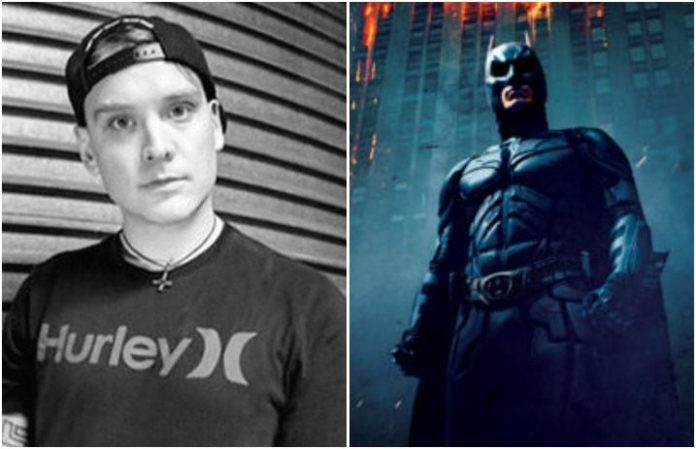 [Photo by: The Dark Knight/Warner Bros.]

Heath Ledger passed away 10 years ago today, and the entertainment world has been paying tribute to the actor. Alkaline Trio and blink-182's Matt Skiba did the same, and with his tribute, reminded the world of his appearance in The Dark Knight.

That's right: The musician was an extra in the flick, and as he shared on Instagram, “pretty sure that my skills sealed the deal on the success of The Dark Knight.”

We can only agree, of course.

Alongside the caption, Skiba shared a still that's a little blurry, but we can still pick the musician out of a crowd. Take a peek at the shot below:

Pretty sure that my skills sealed the deal on the success of The Dark Knight. #chicago #gothamcity #batman #thedarkknight #extra #garyoldman #christophernolan #heathledger��H.L.R.I.P.♥️

Skiba was part of the crowd trying to reach character Coleman Reese as he was being evacuated from the GCN studios, Chris Nolan's wiki site explains.

Watch the clip at around 1:28, and keep your eyes on the screen at about 1:30—you'll catch Skiba, clear as day.

Looks like we need to get that man an Oscar.