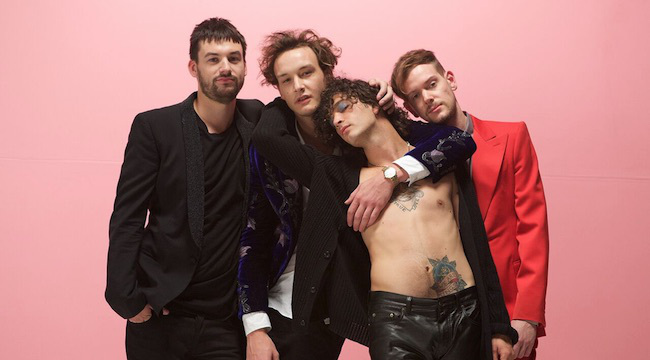 The 1975’s Matty Healy recently sat with DIY magazine, where he shared his recent struggles, admitting that he spent some time in rehab getting help for a drug addiction.

The vocalist shared that while he was in Barbados, he stayed at a rehabilitation clinic ahead of recording the band’s third album. He admitted the stay after he referenced the experience in the 1975’s comeback single “Give Yourself A Try.”

“So when I went away to Barbados, I actually went to rehab. And I should have just said that because it makes me sound like I didn’t wanna say it, but I’ve been telling anybody who’ll fucking listen.”

He continued on to say: “I went and worked with horses for seven weeks. I didn’t get dragged away to rehab, I was fucking exhausted and at the [risk] of being another statistic in that prescription drug opioid crisis that hit America because that’s the way I dealt with things on tour.”

“I loved going out on stage and talking to 12,000 people. I didn’t like going back to my hotel room and sitting on my own for another three hours and then being expected to go to bed when I wanted to, I don’t know, change culture or something ridiculously grandiose,” He tells the magazine.

Prior to the recording the band’s third album, Healy shared that he knew he needed help, saying, “I knew that I wasn’t going to detox myself, so I went away and I got clean.

“I wasn’t going there to get straight edge, I didn’t have a drinking problem or anything else, I was just chemically dependent on a substance and I didn’t wanna make a record as a fucking junkie. Who wants to hear that?”

Last week, the band dropped their new song “Give Yourself A Try,” taken off of their forthcoming album A Brief Inquiry Into Online Relationships.

They also announced that they will be putting out two albums, one in October and one next May, and will be going on tour in January 2019.

“What I like about [the song] was that it still had that kind of inherent prettiness that I think exists in the 1975, so it felt like a really good start, because there’s a lot of tension to the record,” Healy said on BBC Radio 1 with Annie Mac. “I do think it’s kind of us at our most honest.”

A Brief Inquiry Into Online Relationships is a follow-up to the band’s previous album I like it when you sleep, for you are so beautiful yet so unaware of it, which was released in 2016. The fourth album will be titled Notes On A Conditional Form.

Listen to “Give Yourself A Try” below: