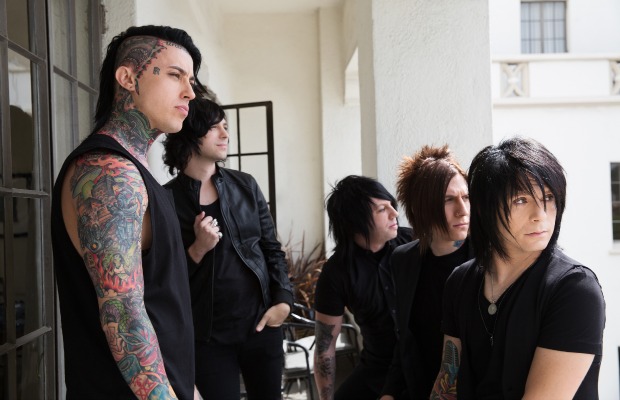 AP has received word that Falling In Reverse bassist Max Green (who only just joined the band this year) has exited the lineup. According to a statement from the band's label, Green left due to personal matters “unrelated to the band.”

Falling In Reverse frontman Ronnie Radke had originally co-founded the band Escape The Fate alongside Green. In 2008, ETF replaced Radke with singer Craig Mabbitt (formerly of Blessthefall.) This led to a long falling-out between both parties. Green would eventually also be kicked out of ETF, rejoining the band in 2013 and leaving again in 2014.

Shortly after Green left ETF, he would join Falling In Reverse, replacing then-bassist Ron Ficarro. “Max quitting Escape The Fate was like a godsend,” Radke had said at the time. “It was a no brainer to have him join. I've known him half my life and this will be a great new chapter to start.”

FIR completed an entire Main Stage run on the 2014 Vans Warped Tour with Green before his split from the band.

A statement given to AP by Falling In Reverse's label, Epitaph Records, reads:

We will keep you updated as more details emerge. If you missed it, watch Falling In Reverse perform “Gangsta's Paradise” with Coolio and Tyler Carter of Issues at the AP Music Awards.