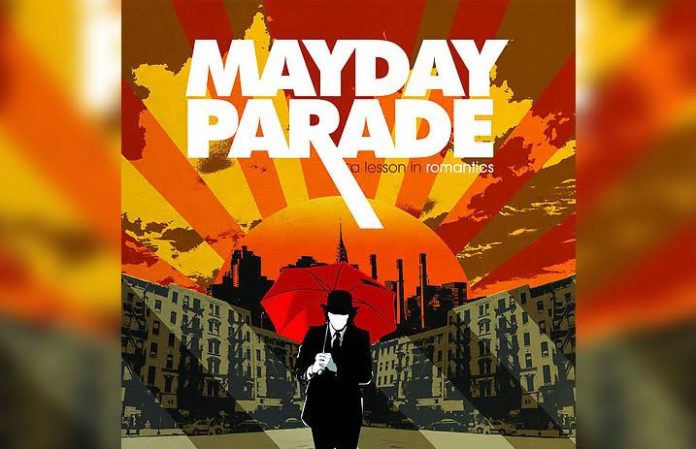 Mayday Parade are heading out on a ten year anniversary tour for their debut album A Lesson in Romantics. They'll be joined by Knuckle Puck and Milestones.

Read More: 10 album anniversary tours that need to happen in 2017

“We are stoked to celebrate our 10th anniversary of our debut record A Lesson in Romantics,” guitarist Brooks Betts says. “We want to reminisce on the memory with our fans. Especially with those who have been with us for so many years. In celebration, we are announcing our A Lesson in Romantics tour, we would like to invite you all to share in the experience with us. We will be launching a two and a half month long tour of US and Canada. Hope to see you there!”

A Lesson in Romantics is the band's debut album and was released in 2007. It was released through Fearless Records after the label noticed them while they were promoting Tales Told By Dead Friends to fans outside the 2006 Warped Tour.

When the album was released in July, it debuted at the No. 8 position on Billboard's Heatseekers chart, and stayed on the chart for 46 weeks.

In 2015, the band released a small documentary about their history on Youtube. “Three Cheers For Ten Years” was also given out as a free download to anyone who preordered the band's newest album, Black Lines.

“Three Cheers For Ten Years is important to us because it covers the history of the band and documents the beginning of this new chapter,” says frontman Derek Sanders. “There's a lot of passion in this documentary and we're excited to share it with everyone.”