Mayday Parade announce tour with We Are The In Crowd, Transit, more

Mayday Parade have announced the So Devastating, It’s Unnatural Tour, starting in late April. Support for the tour will come from We Are The In Crowd, Transit and Divided By Friday. You can check out the full list of tour dates and locations below.

Additionally, Mayday Parade will be performing on the main stage of the 2014 Vans Warped Tour all summer.  The band’s recent album, Monsters In The Closet, is available now via Fearless Records. 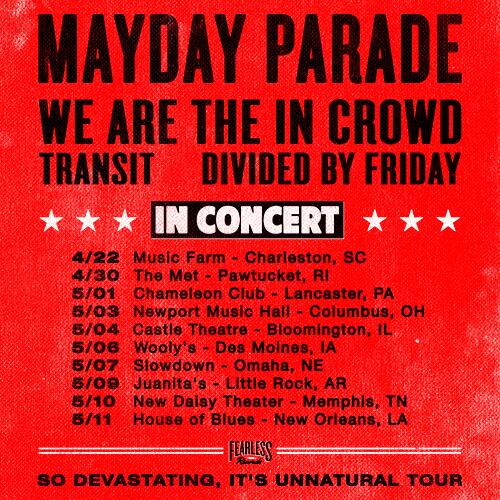 Watch a new UK tour update from the band below.