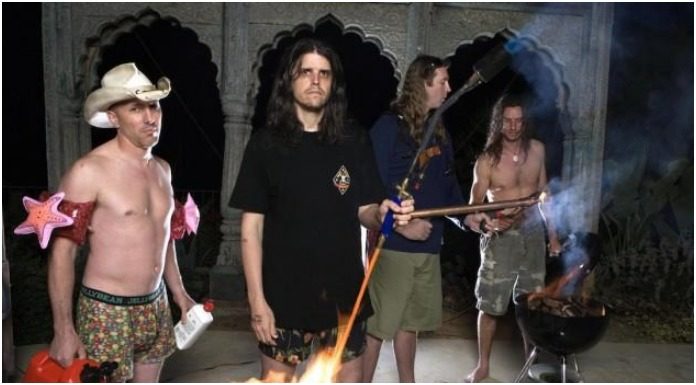 Maynard James Keenan officially announced that new music is on the way – assumably from Tool – coming next year.

“I wouldn’t be here without you guys, so thank you very much for all that,” Keenan says during his speech. “A lot of work’s being done, a lot of work’s been done. I’ll go on record now saying you’re gonna see some new music next year.”

The news comes a day after Tool’s official Facebook page posted a picture of bassist Justin Chancellor’s equipment in the studio, with the caption:

“Justin’s bass setup in the studio. Sounds like he is making great progress recording in “a great studio.”

It looks like we’re getting closer to a new album!

Are you excited for new music from Tool? Let us know in the comments below!

Watch more: Five things you should forget about Anthrax