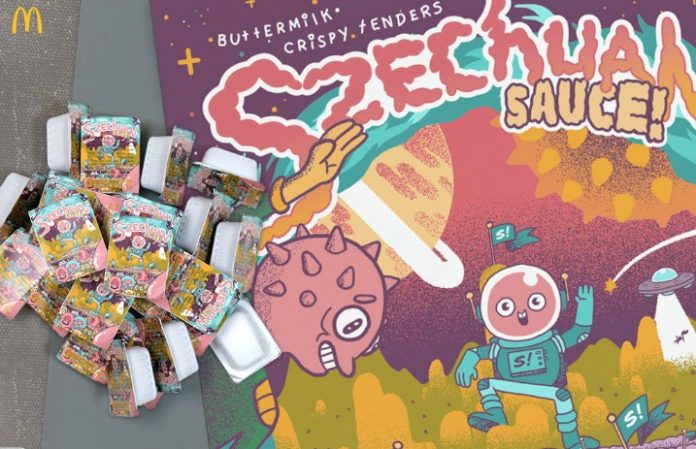 Rick and Morty fans were estatic to head to McDonald's to snag their very own Szechuan sauce after the fast food giant announced it would be handing out the sauce for one day only. Unfortunately, what most fans received was nothing more than heartbreak and disappointment.

It seems that since the sauce was extremely limited edition, it quickly sold out, leaving fans everywhere in a state of depression and anger. And how do we handle our anger in this day and age? By venting about it on social media of course.

The best fans in the multiverse showed us what they got today. We hear you & we're sorry not everyone could get some super-limited Szechuan.

For now, only a very limited amount of Szechuan Sauce exists in this dimension. But who knows where space-time will take us next? ��

Cops are at Wellington McDonalds where tons of angry people lined up for hrs for Rick and Morty Szechuan sauce only to learn they had none pic.twitter.com/3T272osid4

Here at the San Jose Mcdonalds. This is our reaction to the shortage of #szechuansauce #giveusthesauce #rickandmorty pic.twitter.com/sIGaUZKDKj

Did @McDonald’s honestly think each town only had 20 @RickandMorty fans that may want Szechuan Sauce? Have they never been on the internet?

It seems if the internet riots enough, McDonald's will listen.

If you weren't lucky enough to get your hands on the sacred sauce this time around, you can at least watch this lucky guy who managed to snag one.

Kudos to you, my friend.

Were you able to snag the sauce? Let us know in the comments below.