It's time to break out the heavy eyeliner and red eyeshadow again.

Yes, you read that headline correctly. After years of hoping and waiting, My Chemical Romance makeup now exists.

MCR have teamed up with the cosmetic company HipDot for the ultimate Three Cheers For Sweet Revenge makeup collab.

Earlier this week, My Chemical Romance debuted a cryptic teaser that got a lot of fans talking. The visual of a white rose catching fire with “Give ‘Em Hell Kid” playing in the background sparked a lot of theories about what MCR could be teasing.

As well, they captioned the Instagram post with “Eyes,” leading to speculation that a Revenge era-inspired eyeshadow palette was on the way.

Not so coincidentally, HipDot shared the exact same teaser a day prior, adding fuel to the rumor fire that a makeup collab was in the works.

MY CHEMICAL ROMANCE MAKEUP LINE I AM VIBRATING AT ASTRAL FRWUENCY RN https://t.co/EPqSaIILc9

Now, it looks like all of the speculation was true. On Wednesday, HipDot announced their new collaboration with My Chemical Romance. They teamed up to create a Three Cheers For Sweet Revenge-inspired eyeshadow palette from our emo dreams.

The collaboration also includes a double-ended retractable eyeshadow brush ($12) and a double-ended black liquid eyeliner pen ($12) with two different shaped application tips. All of the items in the makeup collection also feature the era’s iconic red and black colors and MCR’s nostalgic logo. 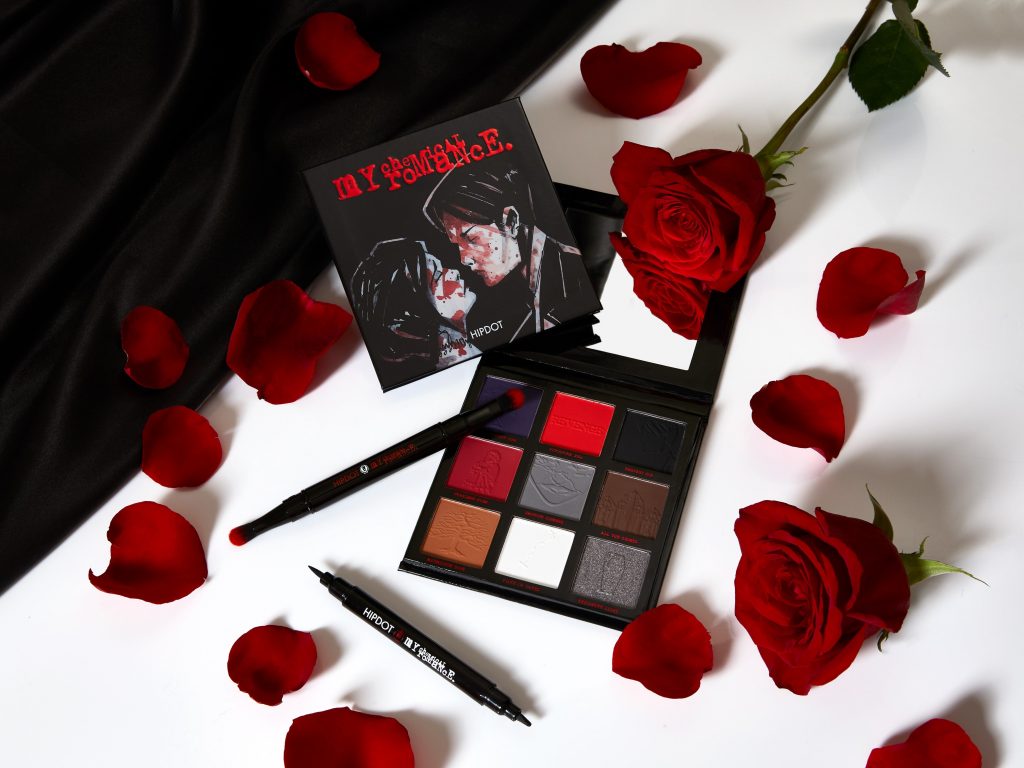 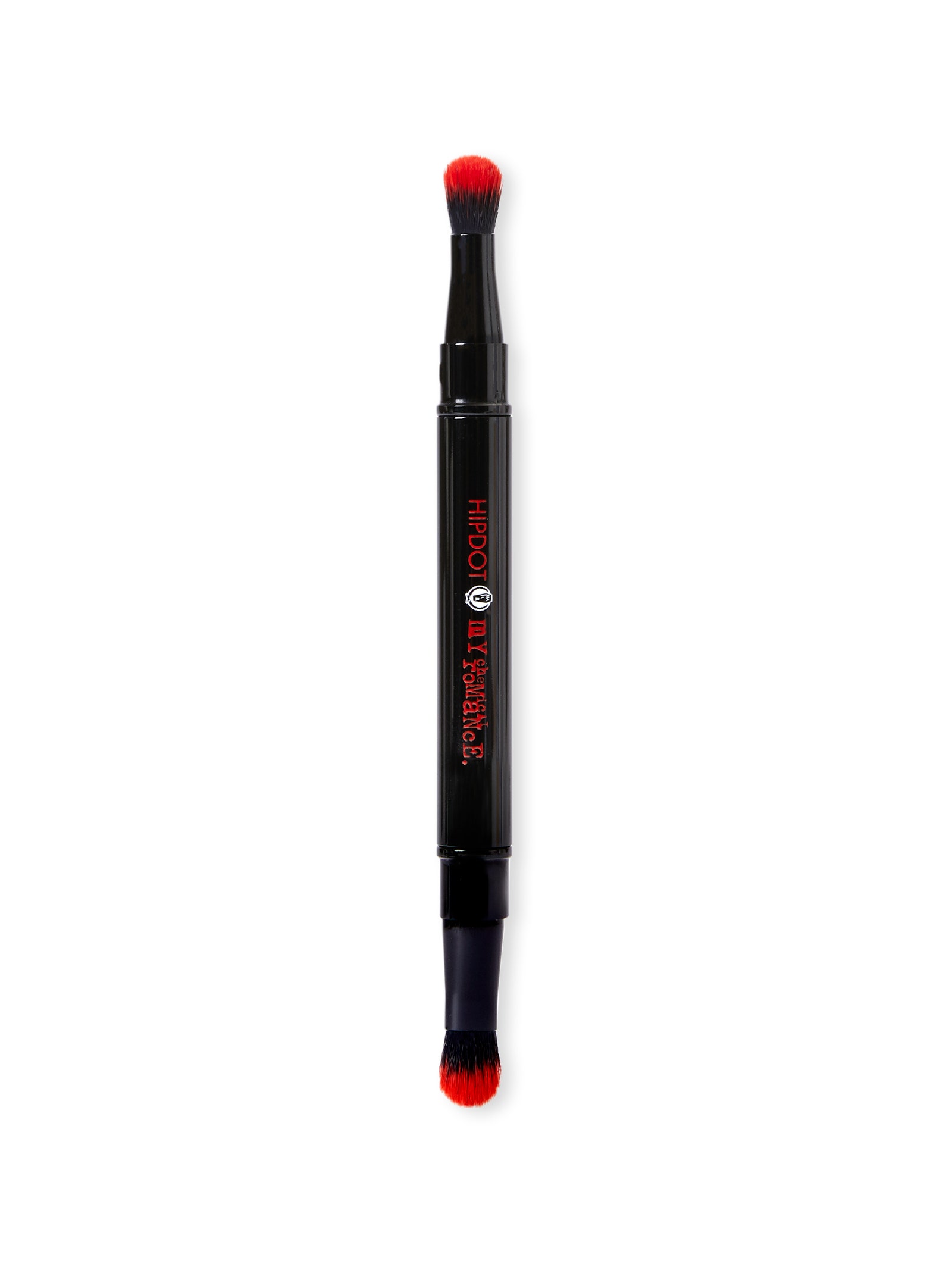 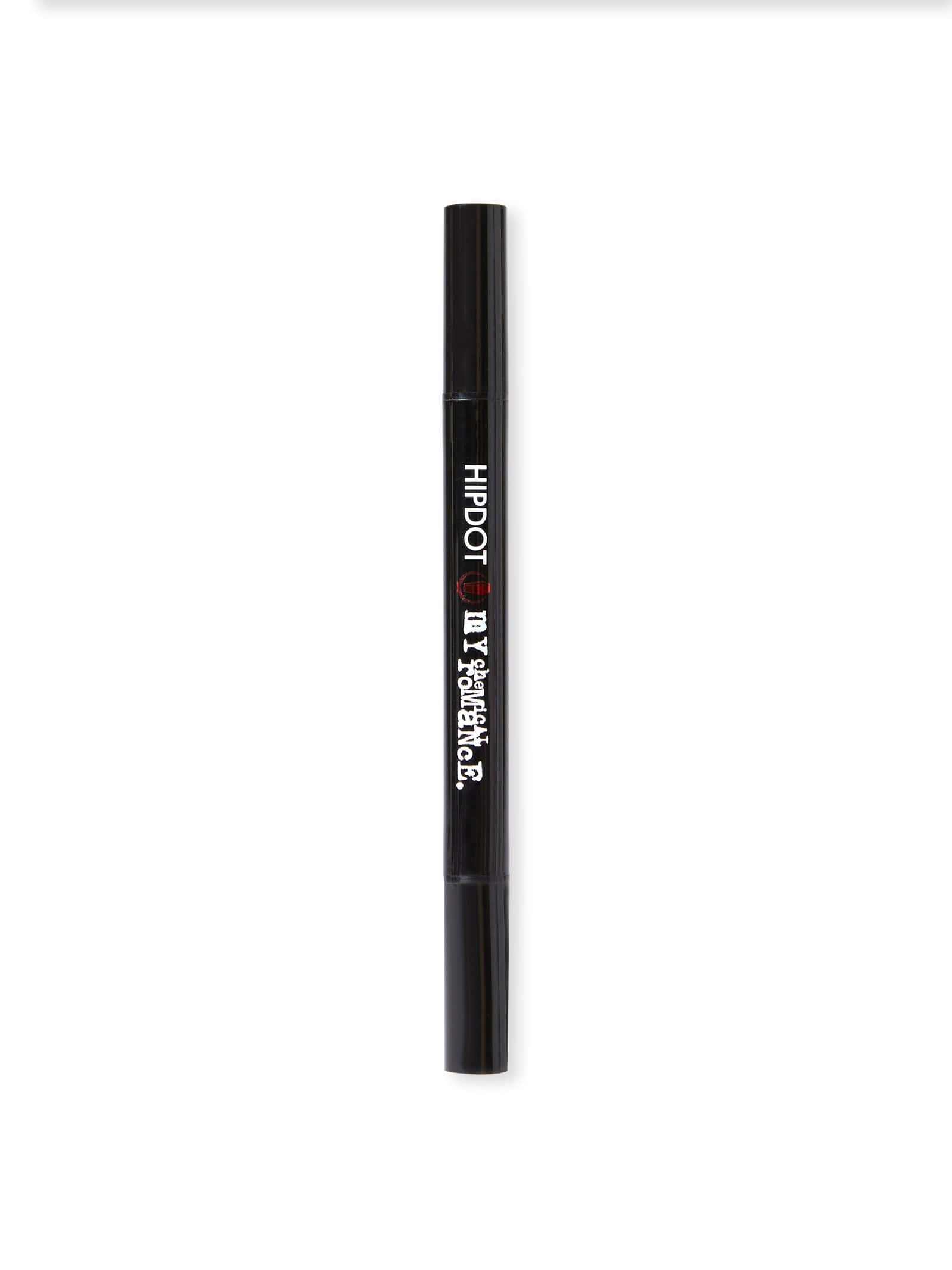 The Revenge eyeshadow palette ($24) comes with nine different shades including a deep red so you can finally recreate the classic red smokey eye from the era. As well, a shimmery silver, matte white, deep purple and black are also included in the palette. Along with a big mirror, the Revenge palette comes with the iconic MCR album artwork on the packaging.

HipDot is a completely vegan and cruelty-free cosmetic company. Additionally, their items’ formulas do not have talc, parabens, phthalates or mineral oil. The HipDot x My Chemical Romance collection officially drops on Thursday, Dec. 10. All of the items are priced between $12 to $24 and will be available to purchase here.

When the collection does on sale, you better act fast because a lot of MCR fans will be trying to get their hands on this nostalgic collection.

My Chemical Romance are further building up the anticipation surrounding their makeup collab. On Wednesday, they dropped another nostalgic teaser featuring “It’s Not A Fashion Statement, It’s A Deathwish,” off of Three Cheers For Sweet Revenge. The visual of a winding clock and seeping blood further confirms that the highly-anticipated collection arrives Thursday, Dec. 10.

While we countdown the minutes until the MCR makeup collab arrives, “Helena” is available to stream below.

What are your reactions to My Chemical Romance’s makeup collab with HipDot? Which eyeshadow shades are you most excited to try out? Let us know in the comments below.