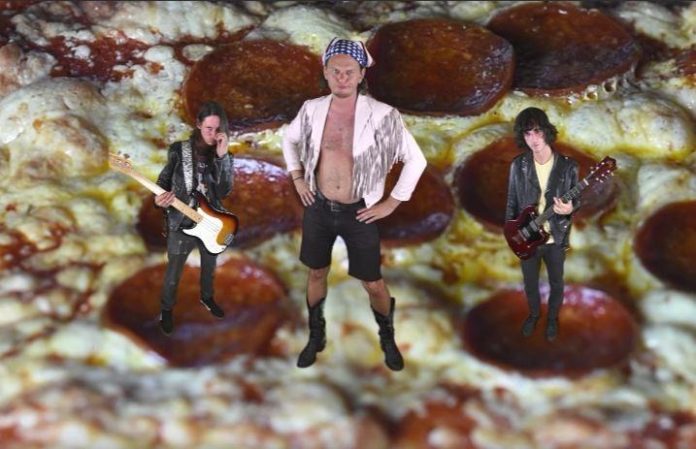 [Photo by: The Mean Jeans/YouTube]

According to Portland punk act Mean Jeans, the most punk rock thing you can do in 2018 is sell out, which is why they decided to do just that.

Over the past few months, the band have been writing jingles for companies like Mountain Dew, Coors Light, Totino’s and DiGiorno, but without any of them asking for it. They put 'em all together on a single album, and the result is hilarious.

Read more: How Thursday’s “This Song Brought to You by a Falling Bomb” came about

“We uncovered this case of Mountain Dew that we had used as a prop in a music video we made a few years back,” says guitarist Billy Jeans. “They’d been in the basement forever, but we cracked into those Dews, and they were surprisingly fresh. That was a big inspiration for us.”

Of course, instead of picking any brand out of thin air, they had to meet Mean Jeans’ standards. “Listen, man, Nature Valley isn’t getting a fucking Mean Jeans jingle, alright? It’s gotta be something that cuts the mustard,” says Jeans, pausing to let the weight of the phrase set in. “We would write a jingle about mustard. Only Grey Poupon though.”

After thinking hard about which brands were deserving, they narrowed it down to 23 jingles for companies from Cheez-Its to Selsun Blue.

And a few brands have even responded to their jingles—some more positive than others.

Mountain Dew didn’t make their song “Mountain Dew” their new jingle, but they did set the band up with a crate of Dew and some stylish gear.

Coors Light wasn't as big of a fan of their track “Coors,” though…

WELP, can’t argue with that I guess!Touché, @coorslight

Of course, the winning pizza brand was Totino's for their jingle “Totino's,” but DiGiorno Pizza was all about it.

See the full (hilarious) track listing below, along with their music video for “(Give Me) Totino's.”

I don't know about you, but we'll be listening to these once they're released Feb. 16!