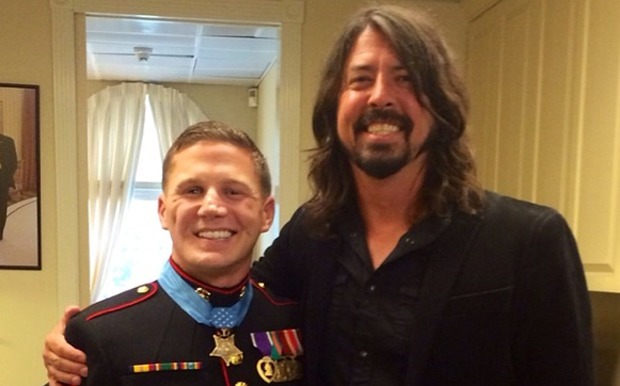 This is awesome. Earlier this week, retired Marine Cpl. William Kyle Carpenter was honored by President Obama at the White House as the youngest recipient of the Medal of Honor. Carpenter, 24, was honored after attempting to shield a fellow Marine from the harm of a grenade blast.

While wandering around the White House, Carpenter bumped into legendary Foo Fighters frontman and Nirvana drummer Dave Grohl. What Grohl was doing there is not exactly known (he has been there before), but the two snapped a nice picture together. Check out the pic below via Carpenter’s Instagram.

“I found @foofighters David Grohl roaming around the @whitehouse today.”