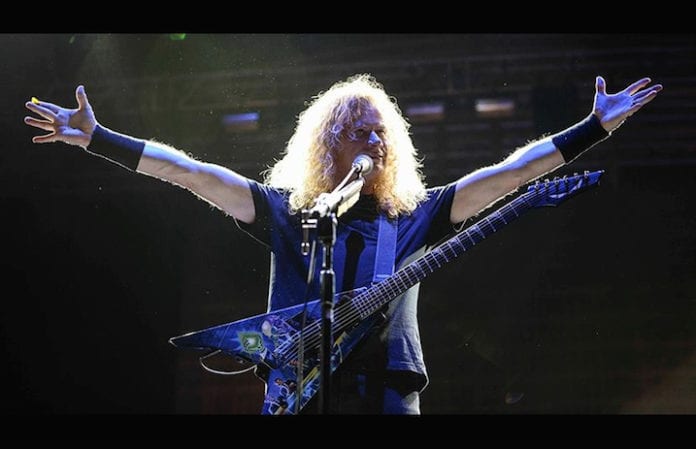 Megadeth frontman Dave Mustaine reportedly no longer practices guitar due to a spinal inury that's plagued him for over a decade.

The musician tells South China Morning Post that he “save[s] it all for the tour” in regard to his playing. In 2014, Mustaine had surgery to “remove a piece of bone next to his spinal cord.” This followed a 2002 incident in which he developed “radial neuropathy” after sleeping with his arm in an odd position. (via Metal Injection)

The singer and guitarist says his left arm still gives him trouble, resulting in his avoidance of practice. Apparently, even headbanging is out for Dave.

“The hardest thing was not headbanging—I just do it without thinking. You don’t know what it's like to be in my body. There are some days when my left hand can’t even play. I don’t practice—I save it all for the tour.”

Mustaine will be out on the road with Megadeth for much of 2017, first on a summer tour with Meshuggah, Tesseract and Lillake, followed by the Crazy World Tour this fall with Scorpions.