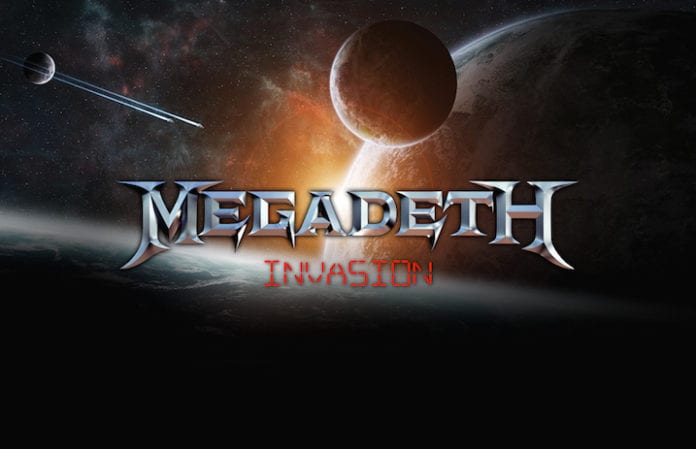 The online game promises various prizes to its players and is available to members of Megadeth's fan club. You can play the game here by signing up.

Per the band's representatives, Invasion gamers can compete for some cool Megadeth-themed awards that will be announced at the beginning of May.

“Made in partnership with Songkick, the Cyber Army can log in to battle space monsters for the opportunity to win additional prizes including a Dystopia Deluxe VR bundle; a Dystopia poster signed by Dave Mustaine; and a vinyl Dystopia record. Songkick and Megadeth will choose the winner May 1, 2017.”