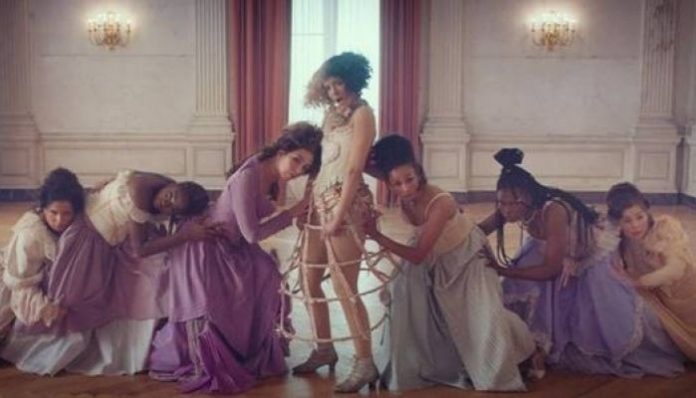 Last month, Melanie Martinez gave fans a look into her thoughts and creative processes from childhood through the making of K-12 and she’s back with another new episode.

The series is in partnership with YouTube Music and shows how and why she makes her artistic choices.

The second episode, “P.E. with Melanie Martinez,” explores Martinez’s growth through movement and intro to choreography for her feature film.

The episode kicks off with the musician roller skating around her house before sitting down to discuss her career.

The video gives exclusive insight into her limitless drive to create and the healing power of artistic self-expression.

✨Episode 2: P.E up now @youtubemusic ✨@brianfriedman and I talk about some of the choreography process for K-12 the film💗👼🏼 🧚🏼‍♀️ https://t.co/e1ROVBcIBU pic.twitter.com/1BPUEwOvaF

Acting as a writer, director, and choreographer for her most recent LP and accompanying short film (she even held the title of journalist when she served as a guest editor for AP Issue #375,) she’s proven she’s willing to do everything.

You can watch the entire episode in the player below.

In case you missed it the first time around, the first episode dropped back in November.

That video begins with the AP cover star jumping around a room, her opening sentence playing behind her.

“I notice that when I create, I realize that it’s the one time I’m tapping into that child self,” she states. “It’s less like, ‘If I could tell my younger self something it would be this.’ It’s like she has way more knowledge to offer me.”

What do you think of the new Melanie Martinez YouTube series episode? Let us know your thoughts in the comments below.