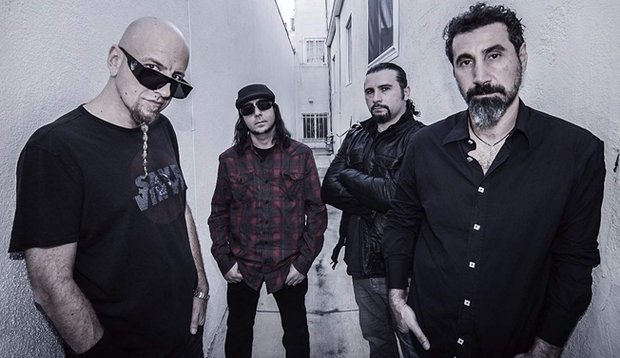 Members of System Of A Down have been pretty clear that new music isn’t in the works, yet, a new Instagram post suggests that the members aren’t opposed to working on making music together.

Read more: System Of A Down’s drummer on new album: “I don’t know if it’s ever going to happen”

A few days ago, the band’s drummer John Dolmayan shared a photo of fellow System member, bassist Shavo Odadjian, working with him in the studio. In the caption, the drummer wrote:

We’re not sure what exactly the two are working on together, but it’s worth noting that it could be for Dolmayan’s other project, These Grey Men.

As for what’s next with System Of A Down, new music doesn’t appear to be coming in the immediate future. The drummer recently sat with KROQ, where Dolmayan shared that “certain members” of the group were delaying the process, saying:

He continued: “I don’t know if it’s ever gonna happen at this point. I don’t like saying that but you got to live in the realm of reality and anything we do outside of System is never gonna anywhere be close to System. System is the best thing that anybody in System will ever do. But we still do the other things.”