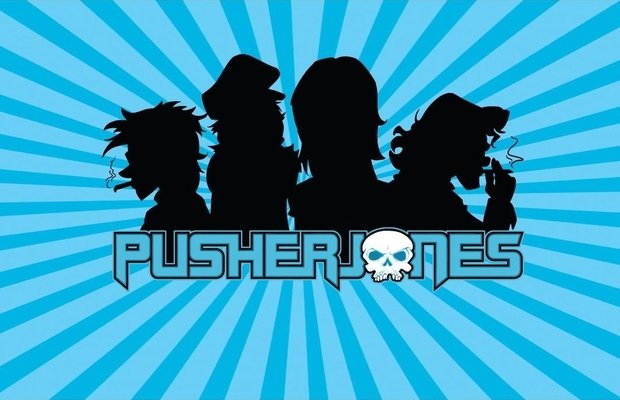 RollingStone.com is reporting that members of Velvet Revolver, Weezer, Scars On Broadway and Queens Of The Stone Age have formed a new band called Pusher Jones. But it's not a regular band—akin to Gorillaz, they're going to be animated.

Pusher Jones' lineup consists of singer Frankie Perez (Camp Freddy/Scars On Broadway), guitarist Dave Kushner (Velvet Revolver), bassist Scott Shriner (Weezer) and drummer Joey Castillo (Queens Of The Stone Age), as well as Dave Warren the creative director of The Simpsons. Kushner describes their music as “a cool riff-rock thing. We're all influenced by everything from Zeppelin and Sabbath to newer bands.”

While no animation has been made available, a pilot episode is reportedly being shopped around; in the interim, you can hear the band's first song, “Count Me Out,” by clicking here. The song is on the Avengers Assemble soundtrack, in stores May 1 on Hollywood Records.