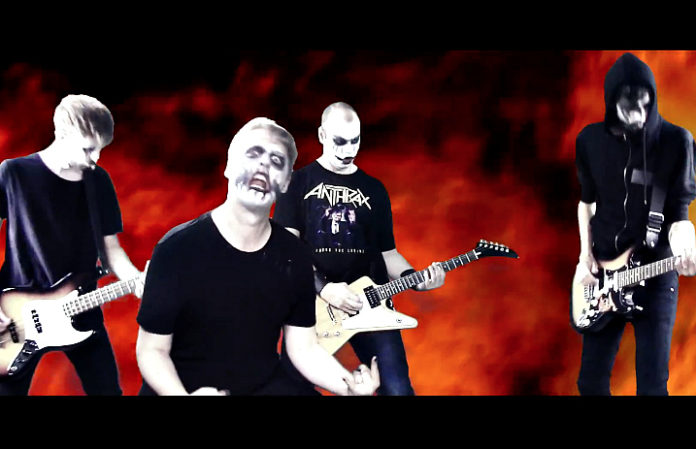 Sweden’s Kapten Hurricane broke a record that most people probably didn’t even realize existed. The group produced an album, 100 Rock Songs, actually containing 101 tracks, which broke the record for the greatest number of songs included as part of a single album. (via A Journal of Musical Things)

Kapten Hurricane adopted a metal alter-ego Dead Summit, and, according to an interview with Danish music magazine Gaffa, the album really has no message:

“It’s only 101% nonsense. There is no message. We do not want to say anything with it… We have done this to pass on some time and have a little fun with our Facebook-fans. We have lost many followers but expect to get them back again when we later this autumn release a ‘real’ full-length album as Kapten Hurricane.”

According to A Journal of Musical Things, “The album was released yesterday and an application was sent in yesterday.”

Give these short songs a listen on Soundcloud, and check out one of their short music videos below.