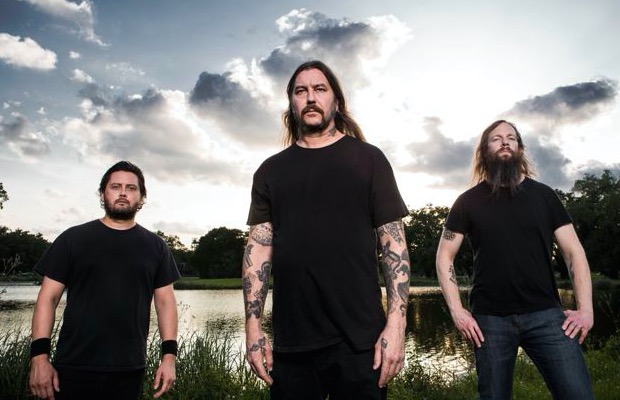 High On Fire frontman Matt Pike recently spoke with Rolling Stone on some interesting topics. Due to the content of the band's new album, he was asked about whether or not he truly believes in what he is saying in the songs. “Lyrically, I think this is the album that's going to basically get secret people to shoot me. Dude, I say a lot of fucked-up shit!” He then goes on about aliens, 9/11 and the future of the human race (which, according to him, doesn't look very bright).

It's also pretty intense, lyrically – there's a lot of really dark stuff in there about the human race being controlled and manipulated by extraterrestrial forces. Do you believe that this is actually happening?
Yeah. Lyrically, I think this is the album that's going to basically get secret people to shoot me. Dude, I say a lot of fucked-up shit! [Laughs] It's not even like, wake up and smell the coffee; it's like, dude, wake up and realize that it's not a theory anymore – it's a fucking conspiracy fact. We're being manipulated on a daily basis. And yes, 9/11 was an inside job, but that's like the least of my fucking worries. That was so that everybody could piss on the Constitution. Everybody's gonna see when they have fucking FEMA camps and the military takes over the general populace. It's gonna be fucked up. And it's gonna be NATO; it's not going to be American military. Because the minute a bunch of marines realize that they're violating the constitution that they swore to defend, there's going to be a problem – so NATO will come in and make that not a problem.

But that's all human-on-human insanity. Do you feel that there is an alien component behind all of this?
Yeah. They've lived amongst us since Ancient Sumer. It's documented, and they knew about all the planets on their way in from the outer solar system. Dude, it's documented that they lived alongside us! The Epic of Gilgamesh, for instance.

How did you start getting interested in this stuff?
I read a David Icke book, and it kind of woke me up a little bit. It doesn't mean that I believe everything David Icke has to say, but I definitely don't disagree with the guy when it comes to certain esoteric aspects of how I perceive the world. There's too many credible people who have been abducted by aliens. There's too many things that have been written in ancient scrolls and ancient tablets, things that Zecharia Sitchin brought to light. I've been to Peru, I've been to Egypt. . . a civilization builds ziggurats and pyramids that we couldn't build today, and you're going to tell me that they used stone-age building materials? It doesn't make any sense. There's a lost history of mankind; I find it fascinating, and I tend to sing about it.