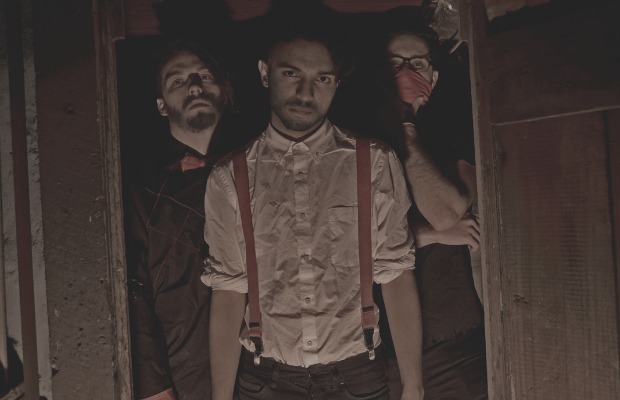 Here’s exactly what not to do when you’re in an up-and-coming band. Lionfight bassist Bryan Patrick Cole recently posted an extremely racist rant to Facebook, after he was apparently agitated by the Baltimore protests.

In his post, Cole said that Freddie Grey—who had his neck broken in police custody—“probably deserved it.” He also used the word “monkeys.” Read his rant below:

The band, who we’ve covered before, have apparently fired Cole, which really was the only good move here. According to Lambgoat, Cole later said on Facebook, “It's a sad world we live in… Freedom of speech is dead.” (What?! I can’t be publicly racist without people getting mad? What is the meaning of this?!)

The band issued the following statement:

“Today an ex band member of lionfight decided on his own to say some really shocking and racist remarks on his personal page. Not only did he offend many, including the other band members, he set back the social clock greatly by his ignorant remarks. We say ex because we cannot have that mindset and mouthpiece be a representative of us personally or what we've worked so damn hard for. Bryan will no longer be playing music with us. We love him like a brother and we will always be there to pick him up when he falls but we cannot move forward with him being a part of this. He made a really bad decision today and hopefully one day he will earn the forgiveness of each and every one of you, including ourselves.

“As for lionfight, even though it was one band member with these opinions, the entire band took a major blow today. He was a part of lionfight and therefore the band was guilty by association. The lionfight name was all over the press today in a very disgusting light that DOES NOT accurately represent us personally or professionally. Regardless, something like this isn't easily repaired. It may not even be repairable at all. It's crazy to think how one moment can literally flip your world upside down. We apologize that this formal statement took us a while to post but it has taken us this long to even begin to gather our thoughts on what has happened today.”

Cole offered up the following:

“No matter what happens with me or lionfight, I want to say how sorry I am about my post about Baltimore. I spoke completely out of anger an frustration and I never meant for my words to be read in that way. I was angry about the destruction of a city that I've always wanted to visit and I have NO HATE against any race, gender, or sexual orientation. You don't have to believe me but if I was a racist, I wouldn't have been so sick to my stomach to the thought that people actually think of me as a hurtful, judgemental person. I would love if anyone wanted to talk to me about any concerns they have, but I assure uo again that I am not racist and that I made a HUGE mistake… And as we all make mistakes, I hope you find it in your hearts to forgive me for my selfish idiotic actions. I believe in peace among ALL humans, and I hope that we can get passed this and understand that I never meant to act like such a fool. I'm so so sorry.”