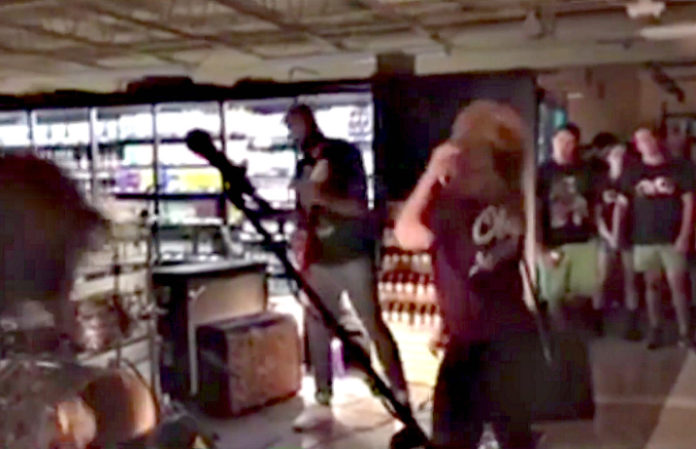 Things went off last night in Hickory, North Carolina, as some of the Tar Heel State's local heavy music acts teamed up for an all-ages show in a grocery store. Watch some footage of Greensboro's own Harm blowing the lid off the Food Matters Market on Thursday, July 6. “Clean Up On Aisle 4!”

Read more: Hardcore band play at chicken restaurant, because why not?

Harm posted the video footage of their supermarket sweep to Facebook on Friday, showing off a live excerpt of their latest song. Check it out:

NCHC compatriots Lesser Men were also on the “Grocery Core” bill, calling the store show a “fever dream.” See a bit of their gig here:

Touring headliners Greyhaven (Louisville, Kentucky), along with Trudge (Boone, North Carolina) and Born Hollow (Greensboro, North Carolina) rounded out the post-hardcore produce pandemonium, capping off the heavy fuss among foodstuffs that was organized by New Breed Collective and J-Rod's Presents.

We've reached out to Harm for more info on how the grocery store gig came together—stay tuned!

Would you ever go to a show in grocery store? Let us know in the comments!