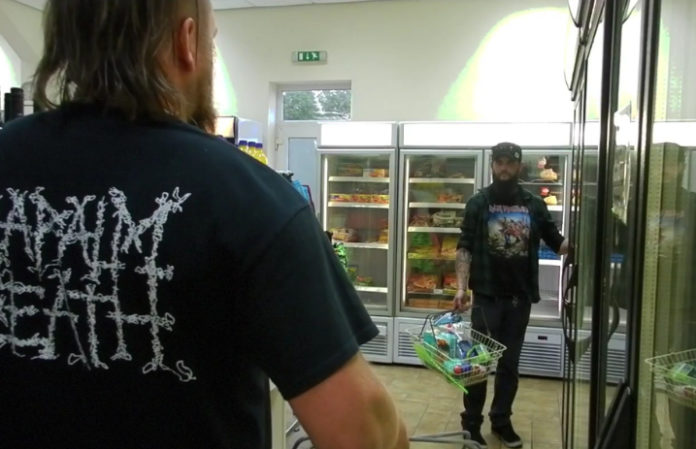 What happens when you see a fellow metalhead out in the real world? British metal band Raised By Owls imagined just such a scenario in the hilarious new viral clip for their single “Ross Kemp On Gang Bangs.” Watch it below!

In the video, two metal bros—in their black Napalm Death and Iron Maiden T-shirts, respectively—happen upon each other while grocery shopping. You’ll never guess what happens next! (via Metal Injection)

The funny vid is soundtracked by the brutal Raised By Owls cut, which can be had on their Bandcamp page here. It’s from the band’s 2016 debut EP, The Great British Grind Off.

Have you ever encountered a fellow metalhead out in the wild? Let us know what happened in the comments!