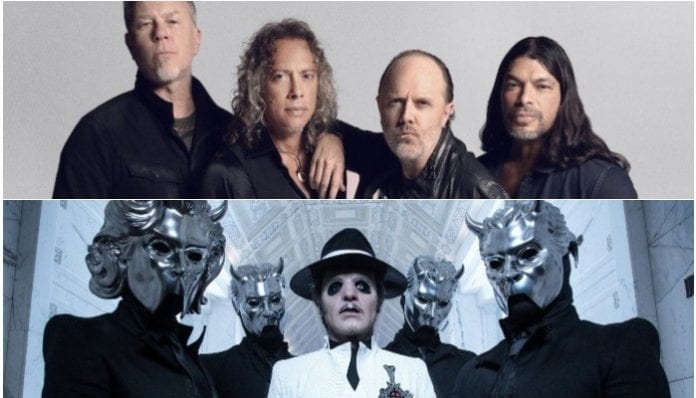 Metallica are hitting the road next year for another round of their “WorldWired” tour, and this time, it’s hitting the U.K. and Europe.

Announced today, the band will be bringing Ghost and Bokassa with them on a 25-date trek across 20 countries.

“We promised we would be back… it’s the return of the European summer vacation,” Metallica wrote in an announcement on their website. “Following the attendance breaking indoor arena run that ended in May of this year, we are psyched to announce that we will be returning to Europe in May of next year to do an outdoor run of our own shows, primarily in stadiums, but also the occasional park and even a castle thrown in for good measure!”

The summer tour kicks off May 1 in Lisbon, Portugal and it wraps up a couple of months later on Aug. 25 in Mannheim, Germany.

Fan club tickets for the band’s upcoming tour go on sale Sept. 25 at 10:00 AM CEST. General admission tickets go on sale Friday, Sept. 28 at 10:00 AM local time. For further information, you can go to the band’s website.

Additionally, Metallica will be hitting the road in mid-October to early March for the North American run of their “WorldWired” tour.

We’re returning to the UK & Europe next summer for a run of outdoor gigs at stadiums, parks, & even one at a castle! Our friends @thebandGHOST and @Bokassaband will be joining us along the way.