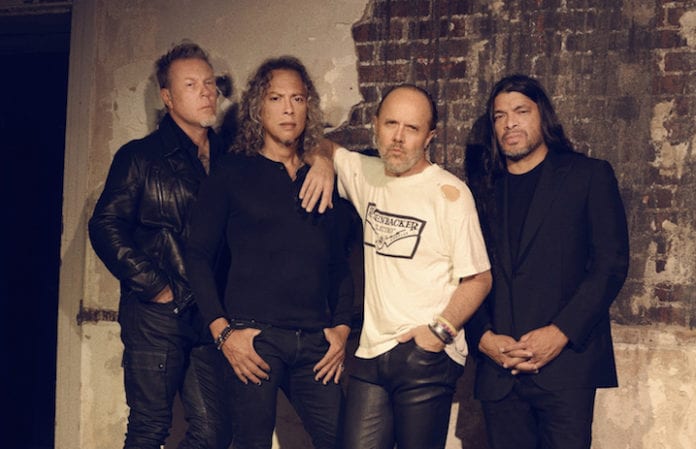 Online ticket scalping is an incredibly shady and lucrative business, but it looks like Metallica and Live Nation have been supporting it.

According to Billboard, the band allegedly partnered with the entertainment giant to sell portions of their tickets directly to resellers.

The call came prior to Metallica’s “WorldWired Tour” and allegedly saw DiCioccio asking Roux to set aside tickets for resellers. Apparently, 10,000 tickets were set aside for the opening show because management worried tickets were too cheap.

“After seeing the volume of secondary transactions for that show and the benefit being captured by brokers, the independent consultant [DiCioccio] worked with Live Nation on a unique distribution strategy that used the secondary market as a sales distribution channel for select high-end tickets,” Live Nation said in a statement.

The parties allegedly made a deal with Metallica and Live Nation each receiving 40% of resale revenue with the remaining 20% going to DiCioccio and Millette.

Executives were reportedly discussing ways they could keep the partnership a secret. In the call, they discuss registering an email address to transfer tickets to so they appear to be for sponsors.

Millette eventually lost money through the deal but to make up for it, he didn’t return some of the revenue. This reportedly bothered DiCioccio and Metallica. He later emailed a recording of his conversation, which leaked to Billboard.

In 2018, Metallica allegedly partnered with Live Nation again to sell tickets directly through resale markets, this time without Millette.

Representatives for Metallica told Billboard the members weren’t aware of the deal. Despite their statement, DiCioccio is still working with the band as a “ticketing consultant.”

What do you think about Metallica and Live Nation allegedly selling tickets on the resale market to increase profits? Let us know in the comments below.