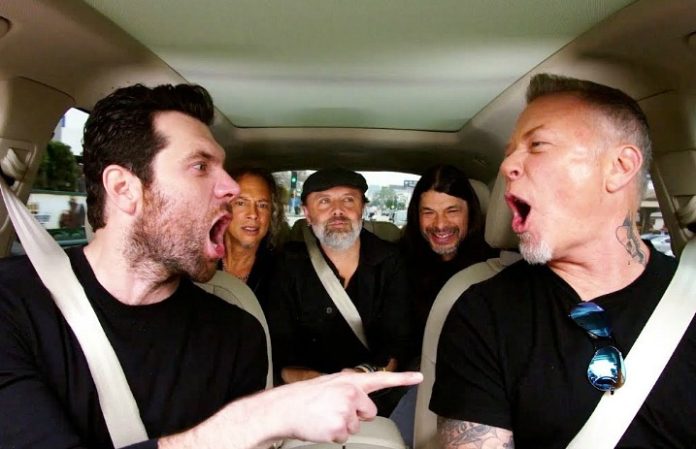 Metallica made their appearance on Carpool Karaoke, and with comedian Billy Eichner on-board, it's clearly as hilarious as you think it'd be.

Check out a brilliant clip from the episode—and see how you can watch it in full—below!

The episode made its debut last night, and the band talked about everything from their love for froyo, what inspired “Enter Sandman,” and even (tried to) sing along to The Little Mermaid. (And promptly asked where the drums, guitar solo and bass are in “A Whole New World”… as you can probably guess, they were quickly disappointed when said guitar solos didn’t exist.)

Not to mention they play an epic game of “metal have I ever,” and it’s as good as it sounds.

Watch the teaser clip below:

According to Metal Injection, the full episode features the band singing Rihanna and getting people in a grocery store to sing “Enter Sandman.”

You can watch the full episode on Apple Music here.

What are your thoughts on the band’s Carpool Karaoke appearance? Let us know in the comments below!