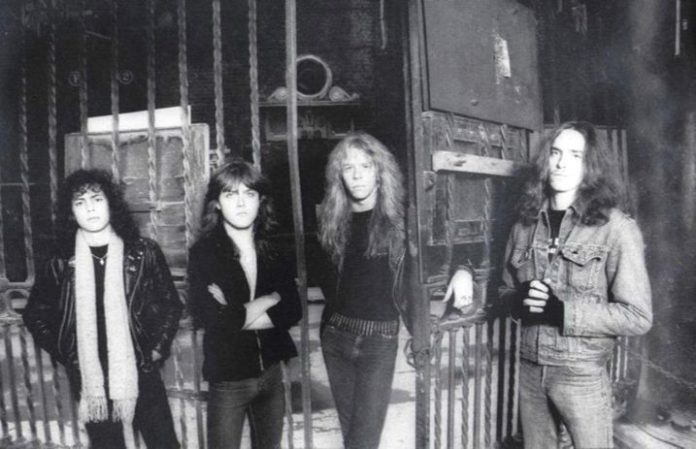 The petition wants to dedicate Feb. 10, Burton's birthday, to the musician in his hometown of Castro Valley, California.

And Metallica fans are getting close—the Change.org petition is halfway there, with 2,500+ of their 5,000 needed signatures.

Read the petition's description below:

Cliff Burton's electrifying bass playing made him one of metal music's most revered, respected and influential musicians. He honed his musical craft while living in CV and attending Castro Valley schools. After playing with a number of local bands, Cliff was recruited to join Metallica. It was with that band that Cliff recorded some of the most amazing and ferocious bass playing ever put on tape. On September 27, 1986, Clifford Lee Burton died in a bus accident in Kronoberg County, in southern Sweden, as the band toured in support of the Master of Puppets album. Cliff is a Castro Valley legend and we would like the Alameda County Board of Supervisors commemorate February 10 (Cliff's birthday) as “Cliff Burton Day” in Castro Valley.

According to California news source ABC 7, the Municipal Advisory Council voted 7-0 in favor of creating a Cliff Burton Day, with their vote forwarding the resolution on to the Alameda County Board of Supervisors.

A meeting to make their official decision will be held Feb. 6.

If you want to help the petition reach its goal, you can sign it here!