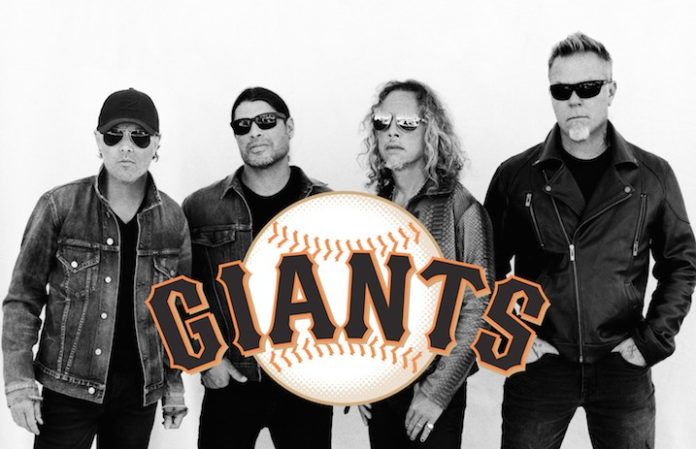 Looks like the San Francisco Giants' sixth annual “Metallica Night” went off without a hitch on Monday, as there's now video of Kirk Hammett shreddin' the national anthem and Lars Ulrich throwing out the first pitch—watch below.

Read more: Fan plays Metallica's “Frantic” on a trash can

The band announced the 2018 edition of “Metallica Night” at San Francisco's AT&T Park back in February, and the group's tradition of performing the anthem and tossing the opening pitch (as well as participating in “between-inning fun and games”) lives on. Gimme fuel, gimme fire, gimme baseball.

“We're blessed to be doing this every year and being a part of the vibe here,” frontman James Hetfield said earlier this year, as reported by Revolver. “You know, when times are good, when times are bad, they need the support.”

“It's a good opportunity for us to interact with our home team, hometown and interact with the people of the Bay Area in San Francisco,” added Hammett. “And for me, it's a lot of fun to be able to play the national anthem.”