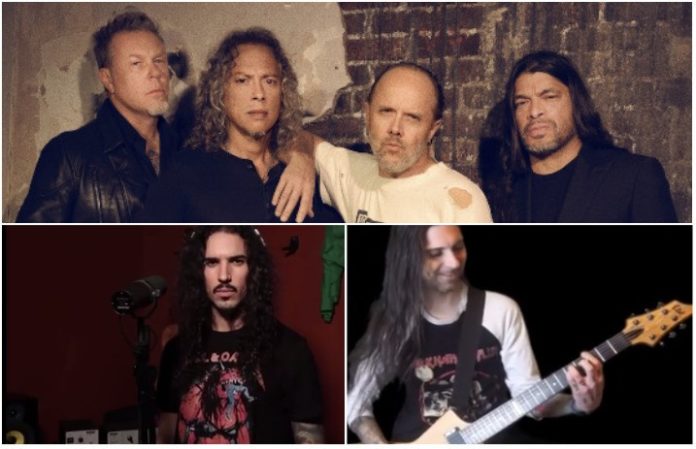 Have you ever wanted to hear classic pop hits by Taylor Swift, Britney Spears, ABBA and more covered in the style of Metallica? Say no more, fam: YouTube's Ten Second Songs got you covered. Check out the 'tallica-style tunes now!

Ten Second Songs have been blasting out some righteous cover song videos for a hot minute, namely with their popular “10 Songs In The Style Of” series. For the blistering “10 Songs In The Style Of Metallica” vid, the YouTube channel's creator, Anthony Vincent, hooked up with guitarist and fellow YouTuber Eric “EROCK” Calderone for a supremely rockin' entry, as he told Theprp.com.

“When I thought of the idea to do ten songs in the style of Metallica, I immediately asked my buddy Eric,” Vincent says, “because that was the only chance in making this sound as if Metallica really performed these songs.”

Listen to the ten Metallica-style songs below, and let us know if you think it rocks! As Vincent elucidates, these ten cover songs aren't simply some tongue-in-cheek gesture—the man's been a Metallica fan for quite some time.

“Metallica was my favorite band from when I was 10,” he says. “At one point in my childhood, I hated anything that wasn't Metallica.” Fair enough!

Rock out to the ten songs here: