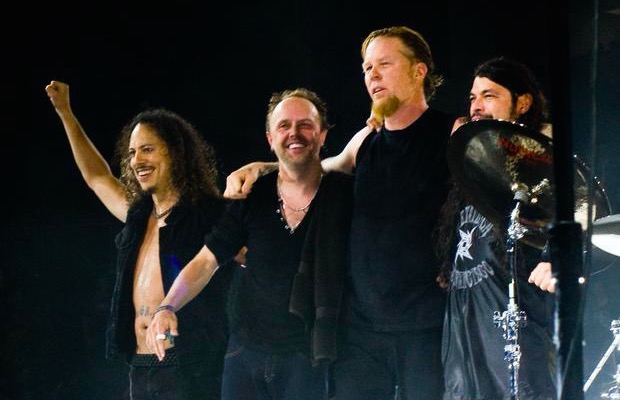 Metallica confirmed the news on their official website, stating “We're incredibly lucky to have another winning team here in the Bay Area as the Golden State Warriors took the NBA Western Conference title and are facing the Cleveland Cavaliers in the NBA Finals! By now we're guessing that you've noticed that we like to support our home sports teams, so to continue in that tradition James and Kirk will be on hand at Game 5 on Sunday, June 14th. They'll be performing the National Anthem before the game as the Warriors resume their quest for the title back at home at Oracle Arena in Oakland, CA that night.”

The Golden State Warriors will play the Cleveland Cavaliers for Game 5 tonight, June 14th. Make sure to tune in early to watch the special performance.