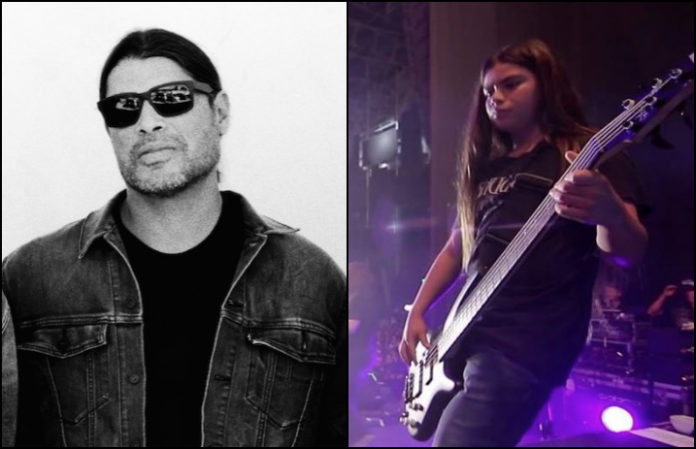 As young bassist Tye Trujillo has been touring with Korn in South America, his father, Metallica‘s Robert Trujillo, has been along for the ride.

On Saturday night, the elder Trujillo finally joined his son onstage for a dual-bass edition of Korn’s “Blind.” Watch it below!

Read More: Korn postpone most of their May shows

As reported by the NME, the father-son bass fest went down during Korn’s performance at the Vivo X El Rock festival in Lima, Peru, on April 29.

12-year-old Tye has been filling in for regular Korn bassist Fieldy on the recent South American run, as previously covered by AP. Fieldy is expected to return for the band’s upcoming U.S. festival dates, though they recently cancelled surrounding headlining shows due to “unforeseen circumstances.”

Korn drummer Ray Luzier uploaded clips of the family jam on Facebook. Check out some fan footage after the posts.