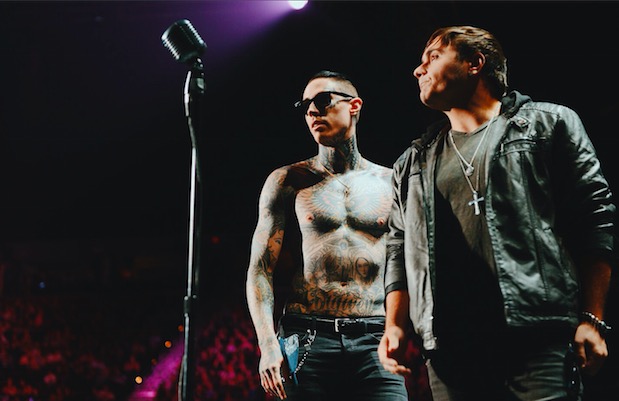 Things got a little feisty at the APMAs after Metro Station's Trace Cyrus called out All Time Low, when they were supposed to be doing an introduction for PVRIS' performance with Tyler Carter. Things quickly escalated to a full-on shade-tossing episode. Cyrus claimed that All Time Low have been disrespectful to them in the past, saying, “I don't understand why All Time Low always [have] to talk shit on Metro Station. We've been nothing but nice to those guys.”

Then, when PVRIS and Tyler Carter were absolutely slaying it on stage, there was a reported verbal altercation between Cyrus and Gaskarth that almost escalated to a physical altercation backstage. Alex and Jack then returned to the stage and set the record straight. “I just had the most beautiful conversation with Trace Cyrus backstage,” he jokingly stated. “Hey, I want to remind everyone [that] we're having a good fucking time here tonight, ok?

Trace has now taken things to the next level with a public statement towards bands in general, challenging those who oppose him to a fight.

Only at the APMAs, right? It's worth noting that the two groups had some type of beef in 2009. (That was six years ago, just so everyone knows.)

Oh yeah, and Panic! At The Disco's Brendon Urie chimed in by dedicating his cover of “Bohemian Rhapsody” to Trace.