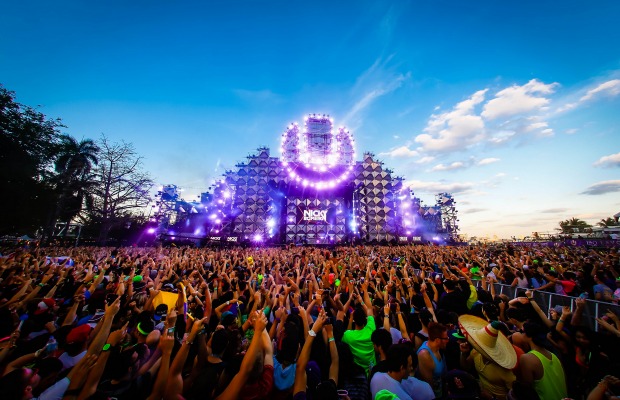 28-year-old security guard Erica Mack is in critical condition after being trampled by a mob at Ultra Music Festival in Miami on Friday Night. Mack suffered brain hemorrhaging and a broken leg and was taken to Jackson Memorial Hospital.

Mack was one of the security guards trying to stop a mob of people who gate crashed a week spot in the fencing, trying to gain free entry to the festival. Miami Fire-Rescue spokesman Lt. Ignatius Carroll told the Miami New Times they “found her on the ground, screaming in pain.”

NO FUCKING MUSIC FESTVAL IS WORTH TRAMPLING AN INNOCENT WOMAN TRYING TO DO HER JOB. pic.twitter.com/HByrJBo82Z

The mob of people actually pushed the week fence down, which intern pushed Mack down and lanced on top of her; the crowd then preceded to trample over her. In the image above, you can see both Mack and the downed fence.

Following the incident, Miami Mayor Tomas Regalado and Miami city officials are looking to call an end to the festival.

“What happened this weekend is an event that could have been avoided,” Miami Mayor Tomas Regalado said in a statement. “The organizers of Ultra did not follow the police directive to re-enforce the fence, even though they knew that this year, and the year before, some kids have tried to over run the fences.”

Regalado continues, “This is not an accident. This is something that could have been avoided. So in the next weeks we are going to have a discussion on the city commission level to deny the permits for next year for the event here in the city of Miami.”

Miami commissioner Marc Sarnoff agrees and says that Ultra should not take place in Miami after this year.

First Coast News is reporting that over 80 people were arrested during the three-day event. Last year, police arrested 167 people during the electronic music festival.

Officials for Ultra have released the following statement:

“The event organizers of Ultra Music Festival share the sentiments of our security partner, CSC, with regard to the condition of Erica Mack, the security guard currently receiving treatment at Jackson Memorial Hospital. The Ultra Family hopes for a swift and full recovery.

The event organizers prohibit any form of unlawful entry in to the event grounds. Preliminary investigations show that the incident was caused by individuals not in possession of event tickets and who were determined to gain unauthorized entry.

Every year the event organizers work collaboratively with police and other municipal partners along with the organizers’ independent security partners to ensure the safety of all patrons, crew and working personnel.  Because a thorough investigation is underway, event organizers regret that additional comment cannot be provided at this time. The event coordinators are cooperating fully with investigative authorities.”