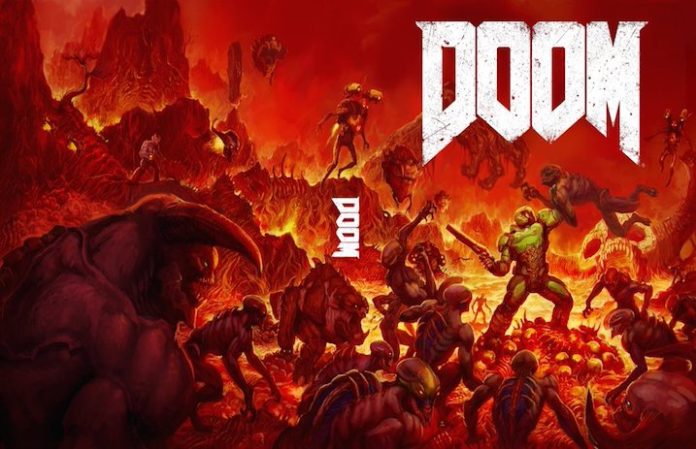 Most gamers hear their favorite video game soundtrack hunched over their controller, mashing buttons, while their room is illuminated from the light off their television screen. However, Mick Gordon, Periphery's Matt Halpern, and Sonic Mayhem's Sascha Dikiciyan will be changing all of that with a live performance of DOOM's soundtrack at the 2016 Game Awards in Los Angeles, California.

“I sat down and said let's put a cool band together, and I had a list of the awesome-est, best impossible DOOM band that we could have, and number one was for Matt Halpern, and number two for synths and things was Sascha,” said Gordon.

This performance was organized less than two weeks before the award show and the band began rehearsing together yesterday.

“The first run through was a little bit nervewracking and then after that, just to have that reinforcement and confirmation that the parts were good and the performance was good was great, and every performance from there on in rehearsal, I was really able to get out of my own head and dig into it and have fun with it,” said Halpern.

Check out some peeks of their rehearsals:

Run the Jewels will also be performing at the awards show.

He also mentioned that the show will be more “gameplay-centric” instead of focusing on trailers.

While Video Games Live features video game soundtracks on more of an orchestral level, Mick Gordon's performance will be from more of a band perspective. The performance at the Game Awards will be the second time that the DOOM soundtrack will be performed live. Mick Gordon had a smaller performance at PAX Australia in early November.

“What I'm really excited about is that people are really interested in hearing video game music live which is really really super encouraging,” said Gordon.

“I'm really excited to pump up Mick and Sascha and get them fired up so when we go out there tomorrow night, it's nothing but just raw energy and emotion. That's the goal. That's my goal,” said Halpern.