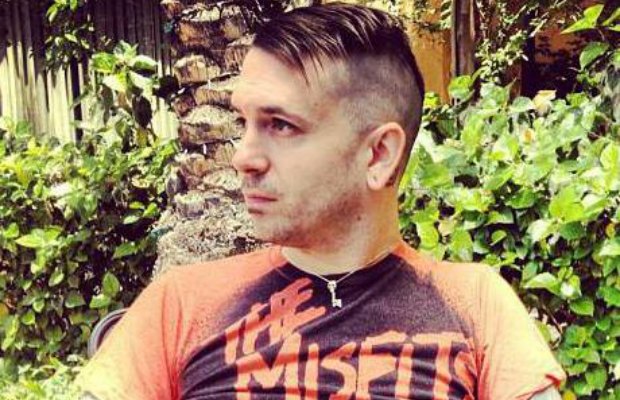 According to reports from people who knew him, Eighteen Visions bassist Mick Morris passed away in his sleep Sunday, June 2, from a pre-existing heart condition. He had been in and out of the hospital recently but had been released, according to former co-workers.

Morris, also known as “MickDeth” in social media circles, was the proud father of a very young son, Jude. A huge Beatles fan, Mick's son's name was inspired by “Hey Jude,” just as his own parents had named him after Mick Jagger.

Morris had recently relocated to his hometown of Salt Lake City, but in recent Tweets, had talked about moving back to Southern California. The guitarist for SLC vegan straight edge band xClearx, Morris had initially come to Orange County a decade ago to join Eighteen Visions, touring behind the Vanity album and staying in the band through both major label records.

Morris was also at one time the bass player for Bleeding Through. Following the dissolution of 18 Visions, he toured as a tech for Hatebreed, worked for Century Media Records and the Sumerian Records-owned SoundCheck Hollywood. He often communicated with fans online about his days in 18V, whom he hoped would reunite. A Tweet posted just hours before he died mentioned his excitement for this year's Rockstar Mayhem tour.

LOUDER THAN HELL: The Definitive Oral History of Metal, featured Morris prominently in the “Metalcore” section, alongside former bandmate James Hart, with whom Morris lived when he first moved to Orange County in the early 2000s. “Everybody was all over the place because Ken [Floyd] and Keith [Barney] were both in Throwdown. I was in Bleeding Through for a summer,” he recounted of those days. “Brandan [Schieppati] and I sat down and said, 'Dude, we've got to figure this out.' I said, 'I moved out here to be in 18V. I love Bleeding Through, but my priority is 18V.'”

Morris and Schieppati performed together in the Misfits tribute band Die Die My Darling, together with Floyd and this writer, Ryan Downey. More reactions from the people who knew and loved Morris as we get them.