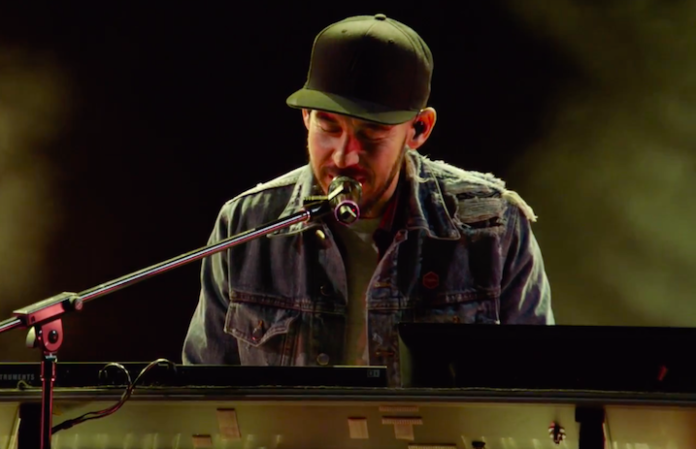 Following the release of his new solo EP, Post Traumatic, Mike Shinoda did Q&A with fans on Twitter and answered questions about the new songs, possible live shows and the future of Linkin Park.

Shinoda explained he won't do interviews for the time being, but wanted to be able to talk directly to fans and answer their questions.

The musician got many questions about the new tracks, including which one was the hardest to write. A fan also wondered about the song “Looking For An Answer,” which Shinoda played on the Chester Bennington tribute show.

It was a marathon. The longest set LP usually played was about 90 minutes. That show was 3 hours long. #PostTraumatic https://t.co/tmMf4XlFz2

The hardest thing was just getting started in general. The only person I spent more time with than CB was my wife (honorable mention to Brad and Dave). Getting back into the studio was terrifying.#PostTraumatic https://t.co/L8NU1B5zvf

It still exists, I just want to figure out the right presentation! I made a version of it with lots of cool sounds, but that seemed to take away from the power of the song. Maybe I restart with piano only…? https://t.co/G8pSGL5gYh

Shinoda also addressed the future of Linkin Park without Chester Bennington, saying he and the other members have “every intention” of continuing with the band, but they don't have much figured out yet. “It'll take time,” he wrote.

I have every intention on continuing with LP, and the guys feel the same. We have a lot of rebuilding to do, and questions to answer, so it’ll take time. https://t.co/nXLxTSd40J

Post Traumatic is Shinoda's first new music since the piano-led “Looking For An Answer” and features three heartfelt tracks. The musician shared a profound statement on the solo tracks, explaining how art is where he goes when he needs to “sort through the complexity and confusion of the road ahead.”

Watch the official visual for “Place To Start,” one of the songs off the EP, below: