Miley Cyrus has faced a considerable amount of backlash for her drug use over the years, but she’s revealed just how much her personal life has affected her business deals.

The singer revealed she lost a major deal with Walmart during her Hannah Montana days over “ripping a bong” at 17.

Cyrus, who recently dropped a string of Nine Inch Nails covers, posted a screenshot of a note she wrote in response to allegations she cheated on her ex husband.

She started the post by saying “I can accept that the life I’ve chosen means I must live completely open and transparent with my fans who I love, and the public, 100% of the time. What I cannot accept is being told I’m lying to cover up a crime I haven’t committed. I have nothing to hide.”

She goes on to explain how her partying in her teens and early 20’s has affected her career. In that section of the post, she reveals that she lost a massive deal with Walmart at 17 years old for smoking a bong.

Further, she “got kicked off hotel Transylvania for buying Liam a penis cake for his birthday and licking it.”

The pop megastar posted the message to put a stop to the allegations her marriage ended over her cheating.

“You can say I am a twerking, pot smoking , foul mouthed hillbilly but I am not a liar,” she continues.

Cyrus also briefly touched on the topic in an offhand comment with Variety in 2016. “I had a clothing line at Walmart and got kicked out, because they said you had to choose weed or Walmart,” Cyrus says. “And you see what I did — I chose weed.”
What do you think of Miley Cyrus losing a massive deal with Walmart for smoking weed? Let us know in the comments below. 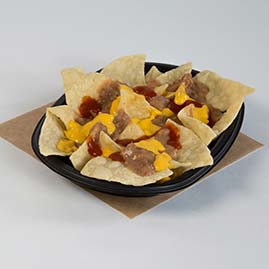