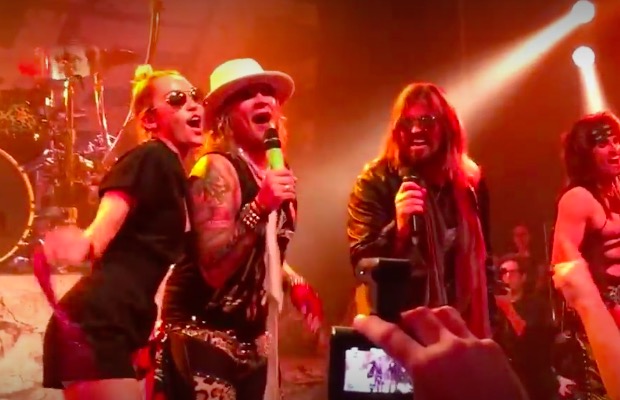 Last night, during metal parody band Steel Panther's set at the House Of Blues in West Hollywood, California, Miley Cyrus and her father joined them for a cover of Def Leppard's “Pour Some Sugar On Me.” The gig also happened to be the last show ever at the iconic venue, as it’s scheduled to be bulldozed in the near future.

“It's an honor and a privilege to play the final show at a venue with so much rock and roll history!” said Steel Panther’s lead singer Michael Starr. “When they tear the place down, I hope all our sex toys that have gone missing backstage over the years are found,” (via Blabbermouth).