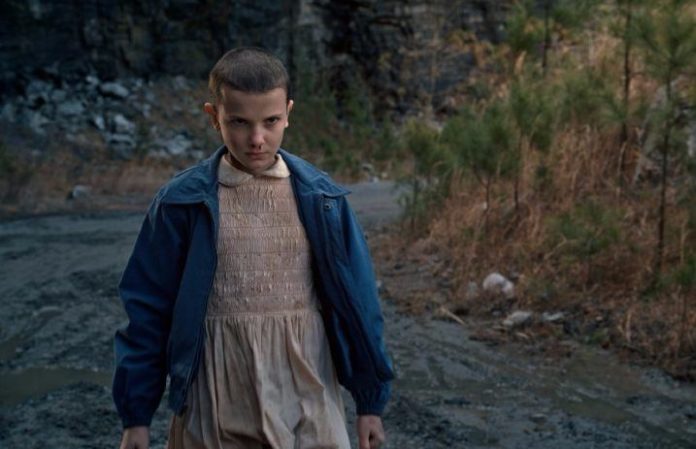 As if we didn’t already know, Stranger Things’ Eleven, aka Millie Bobby Brown, has some seriously impressive skills. Not only can she act, but she can sing—and also rap like a pro.

She stopped by The Tonight Show starring Jimmy Fallon to recap the first season, with a hilarious intro from Fallon himself. She makes mentions of the Upside Down, her love for the Eggo waffles, the four boys “playing D&D” and Will going missing.

It ends with an epic mic drop, and honestly, we’re not sure what Millie Bobby Brown can’t do. Watch the video below!

Of course, Season 2 gave us an unbelievable amount of epic and unforgettable moments. From Chief Jim Hopper’s incredible dancing flashback to when he and Eleven were cleaning up their new hideaway home (which is now an amazing meme), to the new cast members who stole our hearts, we’re just hoping she’ll share an epic rap summing up Season 2 sometime soon, too.

If you’re like us anxiously waiting around for Season 3, jam to the characters’ Spotify playlists and see whose playlist you best relate to. Not to mention, you can jam to Steve's IRL band Post Animal. (And swoon over his actually perfect hair.)

What are your thoughts on Millie Bobby Brown’s epic Stranger Things rap? Let us know in the comments below!