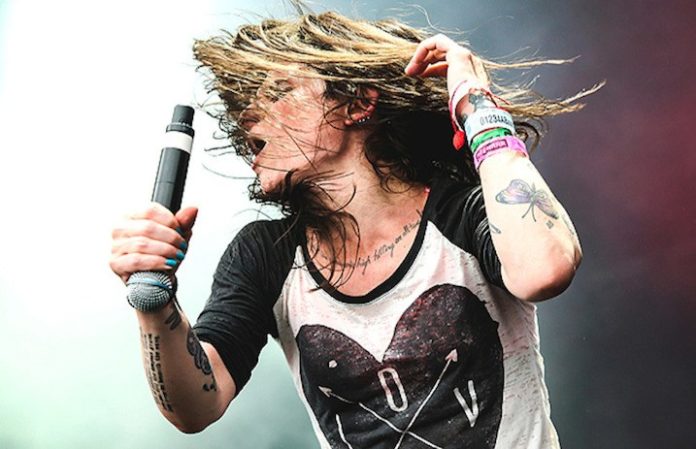 Life Of Agony vocalist Mina Caputo's leg was reportedly bitten by a concertgoer during the band's performance in San Diego on Wednesday night, and the musician has tweeted a warning regarding the alleged offender—see it below.

“This girl assaulted & fanatically bit my leg 2nite at the show,” Caputo said, posting images of the purported biter and identifying the alleged's workplace, a tattoo shop. “She's sick Thnx 2the fans who separated us,” the singer added.

This girl assaulted & fanatically bit my leg 2nite at the show in #SanDiego She’s still out there All venues/bands should ban her from attending shows She’s sick Thnx 2the fans who separated us I don’t need medical attention thank heavens Respect2 the San Diego police 4helping pic.twitter.com/W7ieYF7YpA

Shortly thereafter, Eden Tattoo Gallery—the reported offender's aforementioned place of work—issued a statement, saying in part, “Eden Tattoo does not condone violence of any sort and is conducting an internal investigation to determine what exactly transpired.”

As noted by Theprp.com, the police were involved at some point in the biting incident. Life Of Agony previously had to cancel a Las Vegas concert after someone made terroristic threats surrounding the band's appearance.

This story is currently developing and will be updated with information as it becomes available.