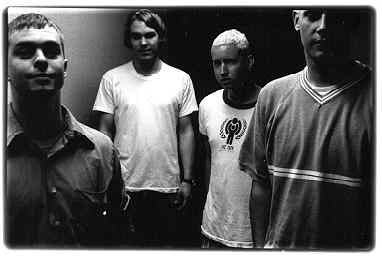 It looks like prominent mid-’90s emo band Mineral are about to revive the emo revival. The band are up to something, having launched a new website (along with social media accounts) and posted a few suspicious pictures of instruments to their new Instagram account (“Holy shit! Mineral are on Instagram?” my editor asked earlier today.) Honestly, in a month where we’ve already seen a new Sunny Day Real Estate song and the reunion of American Football, the fact that Mineral are up to something is not that surprising.

Check out the band’s new website, which really has nothing on it yet, and a couple new photos below. Mineral were originally together from 1994-1998, releasing a pair of full-lengths via Crank! Records—1997's The Power Of Failing and 1998's EndSerenade.

So, what do you think? Reunion tour? Re-release? New music? Let us know in the comments.