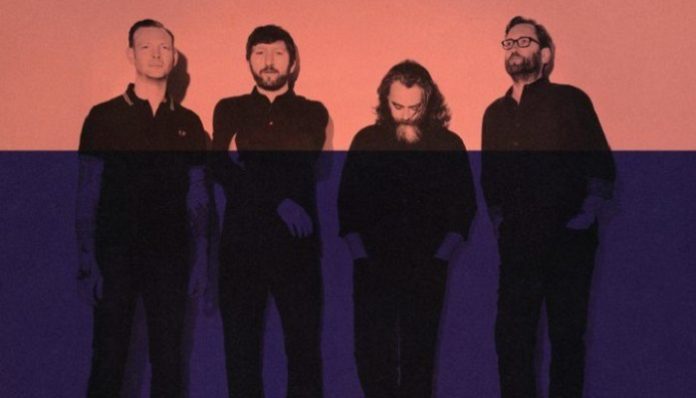 Minus The Bear have confirmed the band is coming to an end.

The band shared a statement on Twitter announcing the breakup, a final tour and an upcoming 4-song EP, Fair Enough.

“After almost two decades of writing and touring the world together, we have decided to close this chapter of our lives as Minus The Bear,” they wrote.”We’ve accomplished so much over the past 17 years, and we’re grateful for the experience.”

“Undoubtedly we owe all of these adventures to you, our fans,” the band continued. “Your support weathered us through storms that easily could have scuttled the band. Throughout the years, it’s you who kept us going.”

Minus The Bear also shared that the upcoming tour is a celebration of the fans and community created, and that they will be digging deep in the band’s catalogue.

In an interview with Stereogum, guitarist Dave Knudson explains the band feel like they’ve accomplished what they wanted to do with the upcoming EP.

“Sometimes it feels like a natural time to step away, and that’s what we’re doing right now as opposed to continuing on and maybe not having the same drive or enthusiasm that we once did,” Knudson says. “For all the fans that have seen and supported us, we won’t diminish that legacy or experience for them.”

Vocalist Jake Snider shared there are a number of reasons the band has come to an end, including “wanting to try something new creatively.”

“It’s difficult to be in a band with so many different attitudes and ways of thinking over 17 years,” he tells Stereogum. “It’s an interesting time, and a tough decision to make, because it does mean a lot to people who aren’t in the band—the fans and whatnot.”

The band are also embarking on a final North American tour from October through December. You can check out all the cities and dates below.

Minus The Bear are calling it quits later this year. However, it looks like they are going on one last tour before it’s all over.

Check out all we know so far below!

Read more: “The haters can just not come to the shows”—Minus The Bear’s Jake Snider on red-voting fans

A screenshot showing one date of Minus The Bear’s The Farewell Tour surfaced on Reddit on July 16. The band are supposedly playing a show at the Phoenix Concert Center in Toronto, Canada on Sunday, October 21.

The event has already been deleted and it’s not listed anywhere on the band’s website or Facebook page, which makes it hard to say if the information is correct, or even true.

However, there more reasons to believe the band are really calling it quits later this year, and will go on one last tour in North America this fall.

Twitter user @EldraziStomp has shared a screenshot of what looks like an email from the band, announcing the breakup and the tour.

“After years of writing and touring, we’ve come ot the bittersweet decision to bring Minus The Bear to an end and with that, we announce our final tour this Autumn,” they wrote.

Check out full email below:

Minus the Bear was always awesome live. Gonna miss these guys! pic.twitter.com/tWBZFi0RpS

“A message from Minus The Bear:

After years of writing and touring, we’ve come ot the bittersweet decision to bring Minus The Bear to an end and with that, we announce our final tour this Autumn.

Thank you for always supporting us. Undoubtedly we owe all of these adventures to you, our fans, and we invite you to come celebrate with us one last time.”

Plus, another Reddit user shared a screenshot of what looks a list of Minus The Bear’s farewell tour dates. The run supposedly kicks off Oct. 9 in Nashville, Tennessee and wraps up Dec. 14 in Seattle, Washington. Caspian and Tera Melos will be on as supporting acts, if the information is correct.

The band have yet to address the rumors.