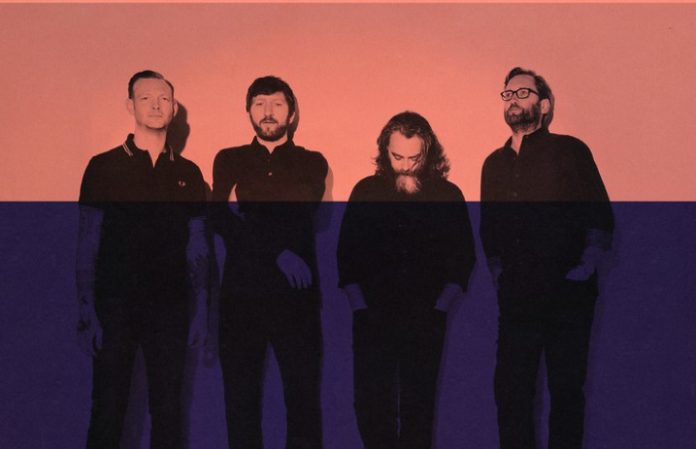 Minus The Bear have revealed details regarding their first full-length album in five years. Voids is the sixth LP from the Seattle four-piece, and will be put out on their original label home of Suicide Squeeze Records.

The new album will be available on March 3, and will be accompanied by a North American tour. Pre-orders for the album are available now on the band's website, and tickets for the tour will go on sale at 10 a.m. local time on Friday, January 13. The tour kicks off a week after the album's release, spanning from a March 10 show in Boise, Idaho and rounding up in their hometown of Seattle on April 15. A limited VIP presale is also availavle here.

The supporting acts on the trek will include Beach Slang and Bayonne, with Sand opening instead of Bayonne on the first three dates. You can see a full list of Minus The Bear's upcoming shows below.

Voids will be released in three mediums: CD, cassette and vinyl. 1,000 copies of an exclusive Electric Blue vinyl, along with 5,000 copies of both splatter-colored and black 180 gram vinyls. However, the real limited item is the cassette version of Voids, of which only 500 copies are available.

Minus The Bear have indicated that Voids illustrates a change of pace for the group. The band has always experimented with a diverse range of sounds, and has been largely successful in colliding a ton of influences into their music. “There was a lot of change and uncertainty,” says guitarist David Knudson. “I think the general vibe of emptiness, replacement, lacking, and longing to fill in the gaps was very present in everyones’ minds.”

Being their first release in half a decade, they used a new producer in Sam Bell (Weezer, Bloc Party, Two Door Cinema Club) to get a fresh take on their material, and keyboardist/vocalist Alex Rose took a more prominent role in the composition process, even taking over lead vocals on a few songs. They also welcomed drummer Kieffer Matthias.

Over their career, Minus The Bear have sold more than 500,000 records worldwide, and Voids will be their first new LP since 2012's Infinity Overhead. You can also read a thorough interview that frontman Jake Snider and guitarist Dave Knudson did with Noisey, and listen to their first single from the new record below. “Invisible” is the first single from Voids, and revisits the signiture up-tempo, quirky vibe that the band has often presented over their 15 year existence. It's evident that the band  have come back with a crisper indie-rock sound than ever before.

Voids will be available on March 3, and you can see Minus The Bear live in 28 cities across North America in support during March and April. Check out their first single below, and let us know how excited you are for the return of Minus The Bear in the comments!