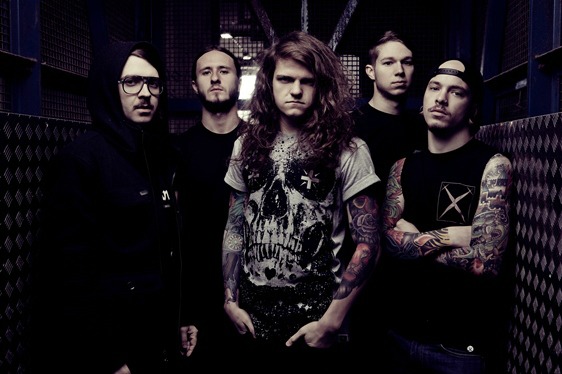 Miss May I have released a second, longer statement on Alberto Scott, the fan who died this past weekend at a Miss May I show in New York City. Scott reportedly died from injuries sustained in a stage dive gone wrong during the band’s performance at Webster Hall (though the venue disputes the cause of death). In just a few days, a fundraiser in Scott’s honor has almost reached its initial goal of $7,000. Read the full statement from MMI below:

“Hey everyone, apologies for the radio silence these last couple of days. After what happened we've all taken some time to reflect but we had to speak up today to give our heartfelt thanks.

First and foremost, to those who've reached out tooffer their sympathies or who've kept Alberto and his family in their thoughts and prayers. In particular to all those who donated to his family; after only a few days they have almost reached their fundraising goal. If you can spare any amount, no matter how small, it will be greatly appreciated. You can do so herewww.gofundme.com/8vjoqc

We're also looking into an auction. Something unique from the band will be listed online in the coming weeks; with the proceeds to go to Alberto's family also. More news on that very soon.

Lastly, we just got the news today that Rise Of The Lion charted at number 21 in the Billboard Chart. We couldn't be more appreciative for each and every one of you who made this happen for us. Every track on the new record was written with our fans in mind and, after the events this week, it's been an extremely emotional few days.

With that in mind, we'd like to dedicate this to the memory of Alberto