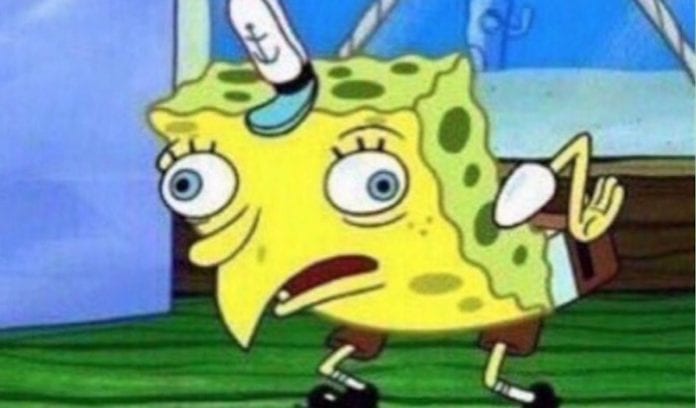 One person, Samir Mezrahi, has created an app called sPoNgEcAsE that allows you to type in alternating capital letters without putting in any effort. This typing is currently associated with the memes of SpongeBob that are used to mock people online.

Mezrahi announced the app on Twitter to his fans, and of course used the style of typing to do so.

“Hi EvErYoNe If U lIkE tO tYpE lIkE tHiS i MaDe An ApP cAlLeD sPoNgEcAsE tHaT MaKeS iT sUpEr eAsY To Do So,” his tweet reads.

The app costs $0.99 and is only available for iOS devices, so sorry Android users.

Mezrahi is also known as the person who created a blank song so your phone stops playing that one song every time you immediately plug your phone into your car. He also created the hilarious Kale Salad meme accounts. He’s basically a genius.

The app basically functions as a keyboard that can be easily installed in the settings section of an iPhone. It’s definitely the easiest thing to install that you definitely don’t need, but the idea is extremely creative.

This app seems perfect for hardcore meme makers who have no problem shelling out $0.99 for an app to avoid having to keep alternating between capital and lowercase letters.

What do you think of the app? Will you pay $0.99 for the sake of memes? Sound off in the comments below.