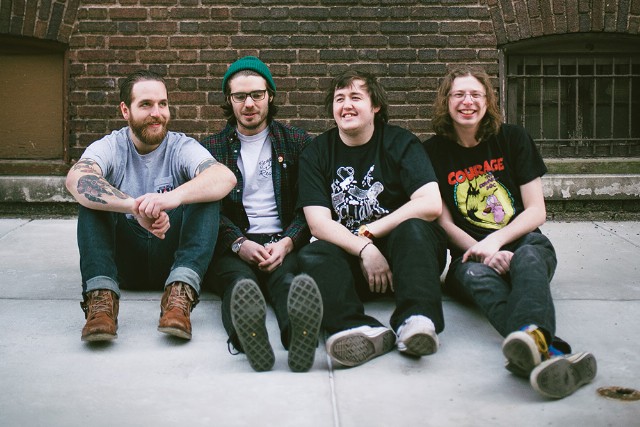 Modern Baseball have announced three shows at Union Transfer in Philadelphia on October 13, 14 and 15 (note, this is Friday the 13th weekend, so expect some spooky shenanigans).

See their announcement below!

These three nights will be Modern Baseball's first show back since they went on an indefinite hiatus and canceled their upcoming tour back in February.

Their statement read: “The project we started as a source of joy and positive expression had become something that was slowly eating away at our mental health and our friendships. We have been championing the importance of mental health for a while now, and we recently realized that it would be wrong for us to ignore our own health any longer.”

When asked about Modern Baseball's future back in June, Jake Edwald said, “The next time the four of us wake up and really want to do this again, like we want to go have band practice, then we'll fucking do it. We'll do it that day. That's how it was in the beginning; we all loved doing it, and wanted to do it every day.”

Aparently Friday the 13th is that day! See their official announcemet below, and check out the rad poster.

Does this mean Modern Baseball is back for good? Or do you think this is only a one-off show? We'll keep you up to date—but appreciate these shows in the meantime!

Will you be at one of the shows? Let us know in the comments below!