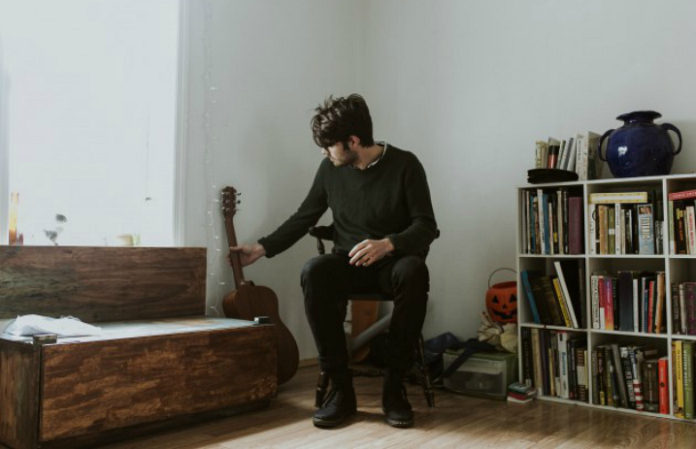 Modern Baseball just rounded off three final shows since they announced their indefinite hiatus back in February. In light of last weekend's heartfelt final performances for the foreseeable future, co-frontman Jake Ewald opened up in an interview to talk more about his side project, Slaughter Beach, Dog, his forthcoming record, Birdie, and what Modern Baseball taught him as he looks ahead.

“Since we got so over our heads near the end of Modern Baseball, the main theme for me with Slaughter Beach, Dog so far has been keeping everything very under control and not agreeing to too much, and not overworking myself, so that it hopefully remains something that I really love doing and I can do for a while,” Ewald tells Billboard.

“I really hope that I can continue making decisions in that way and being able to enjoy it, and keep writing songs and learning from my experiences, and not run myself into the ground.”

Ewald's newest offering explores a different side of his work that he hasn't necessarily touched on in the framework he's built through Welcome and the recent Motorcycle.jpg EP. With Slaughter Beach, Dog, Ewald has found a way to express himself in a way fans have yet to see.

He explains it as “stepping outside of myself a little bit in trying to see myself in the world as opposed to just seeing myself alone in a room,” giving him the opportunity to think more about his relationships between himself and others, breaking down all the different relationships in his life.

On Birdie, Ewald worked with Modern Baseball bassist Ian Farmer, explaining that making a whole record with only one other person, and having that person be one of his best friends, made making Birdie a new—and invited—process for him.

He explains that on MoBo's Holy Ghost, it was the first time the band let go some control and left it in the hands of the producer, and even though it happened similarly with this record, it was different because he was “handing it over to such a close friend.” And as he moves on to his next chapter, he thinks about his past, the relationships he's built and some of the most valuable lessons that he learned.

“It's cool because I look back on everything that we did together, and I can confidently say that I've learned so much from the time that we spent together on the road,” Ewald tells Billboard. “I got to grow a lot as a person in some really difficult ways. I went through a lot of difficult things. I think we all went through a lot of difficult things that we would not have experienced if the band had not been there. But we were able to grow from those things so much. I think if we hadn't done Modern Baseball the last four or five years or however long it was, we would be completely different people.”

He further explains that towards the end of their six year run, things got to be too much. But that doesn’t mean that he can’t look back and appreciate how much they’ve grown as friends and what he's learned through it all. In the end, it's about understanding yourself, knowing when too much is too much and being able to step away for awhile, if that's what's best.

“I think that was definitely the most valuable thing I took away from Modern Baseball—it's important to respect your gut, I guess,” Ewald says to the music source. “If you're feeling like everything is too much, then everything is probably too much, and you should do something about it, even if it's a difficult thing to do. That's probably the biggest thing that I've been keeping in mind looking towards the future.”

Birdie is due out October 27 via Lame-O Records. It's currently available for preorder here.