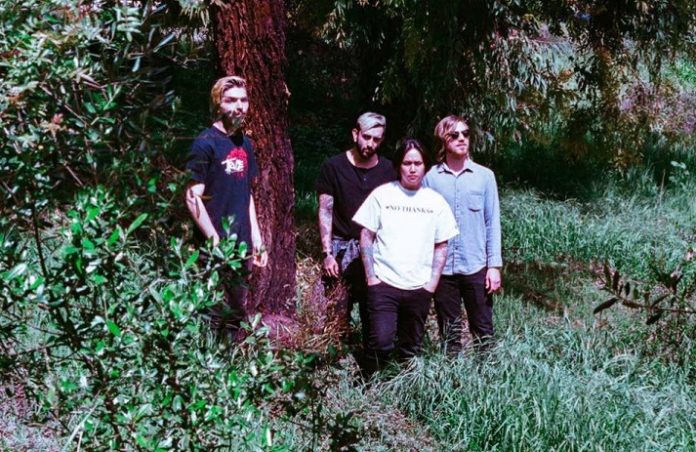 Southern California's Modern Color have released a new music video for “Wool,” found on their sophomore album, Time Slips Behind Us. The LP, engineered by Jack Shirley (Deafheaven, Wander), will see a home-state record release show on Oct. 27 in Fullerton, CA. Also exciting for MC are the four shows supporting OC heavyweights Stick To Your Guns, Eighteen Visions and Stone. All those dates and more are at the bottom.

“'Wool' is about dealing with change and the loss of somebody or something. It's about watching something change in front of you and desperately wishing you could hang on to what it once was, to the point where you feel disconnected with yourself and the things around you. The video we did with Diego Figueroa focuses on the feeling of disconnection and the personal battles that come with it,” says drummer/vocalist Vince Ngyuen.