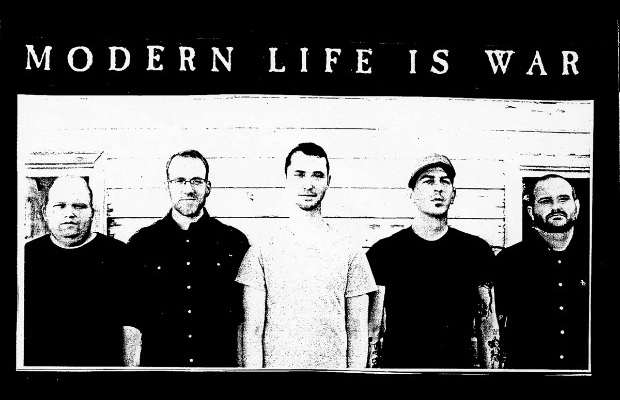 We have received a statement claiming that Modern Life Is War are “an active band again…” Because it is April 1, we can't trust anything we hear on the Internet, but the statement follows:

“Modern Life Is War is an active band again.  In September of last year, we wrote an album in John's basement in Marshalltown, which will be recorded at God City in May and released on Deathwish in September.  The original lineup of Chris Honeck, Matt Hoffman, Jeffrey Eaton, Tyler Oleson and John Eich will be in place.  For what it's worth, we are not approaching this as a 'reunion' but rather as a band with a new record that will be working to contribute something worthwhile.  Extensive touring is not in the cards for us at this point.  Our first show back will be at This Is Hardcore Fest in August, followed by a record release show in Iowa.  We will announce an official release date as well as specific show dates and locations as soon as they are confirmed.”

We have reached out their publicist to verify this and will update the story when and if we receive confirmation.