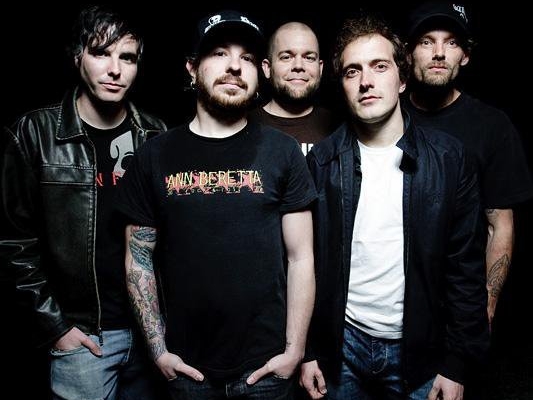 Hunter, the side project of Moneen's Kenny Bridges and Erik Hughes and Alexisonfire's Jordan Hastings, have been forced to change their name. The quintet's new, extremely NSFW moniker is none other than Cunter. The band issued the following statement:

“After going through a piss eating contest of name rights. we realized that the man was going to bring us down. We pleaded and begged for other parties to understand we are doing this for the love of punk and would never want to step on the beautiful toes of a cover band. But they would have none of that.
We are excited to push on and start a new identity with a name I would never want to tell my own mother.
We are sorry about having to change our name…but are not sorry what so ever for changing it to Cunter.”

The band will release their debut album, formerly known as 20 but now titled Some F'n A-Hole Tried To Sue Us And Made Us Change Our Name, this June via Dine Alone Records.